Fortune 100s and startups alike use Axios HQ to craft smart updates that distill essential information in half the time — increasing transparency, boosting engagement, and building trust across the organization. Innovative teams know communication is the key to culture, connectedness, and growth, and use HQ’s intuitive platform to elevate company updates and get their teams smarter, faster.

Renaissance Technologies Medallion Fund has the single best investing track record of all time, with an average return of 66% from the years 1988 to 2018 (hot damn). In comparison, Warren Buffet’s Berkshire Hathaway, has returned an average of 20% a year since 1965. The stock market has returned about 10% each year since 1965. Ren Tech has simply tripled the performance of the man who is more popularly known as our generation’s greatest investor (goes to show the difference between branding and true value).

Despite this performance, Jim Simons, the founder of the Fund, once explained to a colleague that “If you trade a lot, you only need to be right 51 percent of the time.” Medallion deploys a high-frequency trading strategy and uses lots of bets to create these incredible gains.

This quote resonates so deeply with me because it touches on a core insecurity that I wrestle with: how many times as a writer/analyst can I be wrong before you fire me? In the last few months, I’ve correctly forecasted SurveyMonkey’s rebrand, created a content moderation theory that governs enterprise account strategy for social media companies which the Facebook Files confirmed, and called out how Notion will build an anti-Microsoft alliance—they just announced an integration with Slack last week. So far in the 8 months or so I’ve been writing Napkin Math I don’t think there have been any major misses besides the occasional math/grammar slipup. (If you can find one, let me know and I’ll give you a free month subscription!)

If I am to take Jim Simons’ advice to heart, perhaps I should make more bets. Perhaps I am being too conservative.

So, in the spirit of more public shots on goal, here are some of the investing considerations that I think will be important next year. I want to be pushed as an analyst, and public accountability is important. To be clear—this isn’t just reputational risk, I’ll be deploying my personal capital along these themes too.

(Next year we will look back and see what I got right. If I break 51% success rate I’m a better investor then Simons! (jokes, jokes))

The core work loop of every company is to find potential customers, convert them, and milk said customers for every penny they can. It may not be obvious, but many of the steps in this loop depend on assumptions about inflation. With inflation in the 1–2% range, a lot of the steps work and make sense. Now that we’re pushing 7%, many of them break. 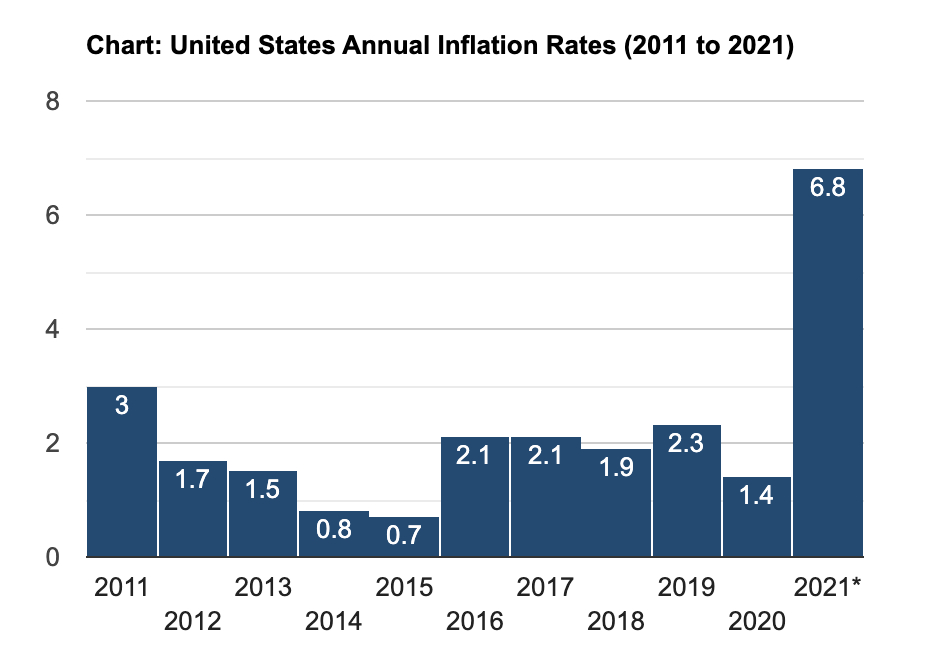 For example, companies whose products have long payback periods and high COGS will really be hurting. If the expectation of your customer’s lifetime value is heavily future weighted (e.g. it takes a while for you to get paid or for you to fully get your money back) then inflation will hurt you the most. If you add in a heavy COGS component and have less gross margin to play with the revenue becomes even more painful.

In my personal portfolio, I’m prioritizing companies with rapid payback periods, for this reason. In fact, I would hypothesize that this is part of the reason SaaS stocks have been down so much recently: investors are realizing how dangerous a Net Dollar Retention reliant business is for cash flow. 7% inflation makes that 105% NDR much less attractive.

2. Web3 stupidity increases in line with its ludicrous returns.

This was one of my biggest misses of 2021. In my zeal to call out investments that were stupid (*cough* Cryptopunks) I missed the call that there was still a ton of money to be made. My colleague at Every, Nat, made ~57ETH in two months by flipping an NFT picture of a monkey. In normal human terms, he turned a roughly $9K investment into $220K for a cool 1,509% ROI. Was this stupid? Yes! Did he make tons of money? Also yes!

I would expect this trend of stupid investments getting stupid gains to only intensify in 2022. There is so much more that meme culture can build and we are in the early innings of crypto’s penetration rate among the masses. As such, I have earmarked about 10-15K just to put into projects that I think are purely hypebeast memes with no real value. Gamestop, AMC, stupid crypto projects, bring them on. I fully expect to lose all of this money but who knows? Maybe I’ll hit a homer.

The counterargument to this idea is actually contained in my first point—inflation concerns cause a tightening of wallets. The party all comes crashing down as retail investors stop YOLOing excess cash. I’m not quite as concerned about this because meme economies are more global than American. Even if I were just to do Sneakers, I would have to have major streetwear centers like New York, Shanghai, Tokyo, London, and LA all have a collapse in their meme market. I just don’t see that happening, but hey, I said this was a gamble!

3. Web3 Companies finally catch up with the hype

One common misconception that I find my readers have of me is that I’m a Web3 bear. I’m really not! Programmable money, distributed ownership, software/data interoperability, are all new and interesting. (I’ll be writing about them next year at some point). It feels like the last year was all hype, no substance for the majority of Web3 projects. Now I’m finally seeing this start to turn with companies like Mirror and Royal demonstrating the value of crypto beyond just pictures of Ugly Monkeys. I’m on the lookout for angel investments in this space so reach out if you are building a substantive business in Web3.

In one of my personal favorite pieces I published this year, I argued that Fintech—the ability to easily embed financial products into software offerings—enables entirely new and cheaper software monetization models ($). As an example of a $16B company doing this, check out my piece on Toast. There is a version of the future where companies offer their software at-cost, or at least 50% lower than their pure-play SaaS competitors. How? Their software products will all be subsidized by capturing fintech revenue. I’ve grown even more bullish on this thesis since then after additional discussions with more vertical Payments/SaaS companies. There is a huge opportunity for a seed-stage fund to just start pumping capital into a niche markets.

5. Labor market gets even wackier and crazier

I’m energized by the push towards funding people before you fund ideas. The earlier we can move funding rounds, the more likely we are to see diversity outcomes improve in the startup industry, and the more awesome, unpredictable innovations will emerge.

One great example of this is Slow Ventures, which offers a model where they offer creators upfront capital for 5% of their lifetime earnings. At first glance of this I was shocked at the price. But ultimately I realized that if the funds raise your career earning by more than 5% you come out net positive.

Other communities, whether traditional orgs like On Deck or DAOs, are moving earlier into the company formation process by offering funds. Social tokens also offer an interesting idea—the possibilities (and dangers) that accompany turning your personal life into a security is fascinating.

This increasing abundance of capital, accompanied by the much-discussed Great Resignation, will absolutely rock tech companies. Almost every CEO I talk to complains about retention and hiring. I’m still unsure how exactly to translate this idea into a specific equity thesis, but perhaps it is more an interpersonal capital deployment strategy. Building a network of ambitious people is more valuable now than it has ever been.

The subscription newsletter boom is a smokescreen, a loud mirage that convinces us that content shops are a good business. There is a reason media startups are done so rarely—they usually don’t work! Note: The irony of me publishing this list via a media startup is apparent to me too.

While subscriptions do allow for a more aligned reader/writer relationship and there have been a lot of public successes, both on Substack and off, at the end of the day, these newsletters are still media businesses. Nothing about email or subscriptions fixes the problem of building a media company. Namely, it is just really, really hard to make interesting content every week and to get people to pay attention to it. Additionally, the skill sets required to build a big newsletter are so incredibly rare. Trust me! I’ve been looking for more writers for Every for months. The number of people who can publish something our audience will find interesting every week and can handle the business side, too, is <50 in my opinion.

Newsletters are here to stay and the trend won’t go away, but Newsletters will slow down as independent, focused businesses. Instead, expect newsletters to pivot into mutli-media companies because other formats are quicker and easier to create. Expect that less of your friends will say that they started a Substack.

Feel free to reply to the email or leave some feedback if you want to chat about it. I’m off the rest of the month for a holiday vacation with loved ones. Have a happy holidays and a great new year. I’m very excited about what is to come for Napkin Math :) 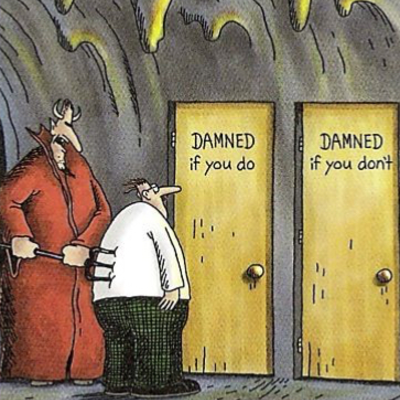 The market failures damning content to ever increasing sensationalism