🔒 This is a free preview of a members-only post! 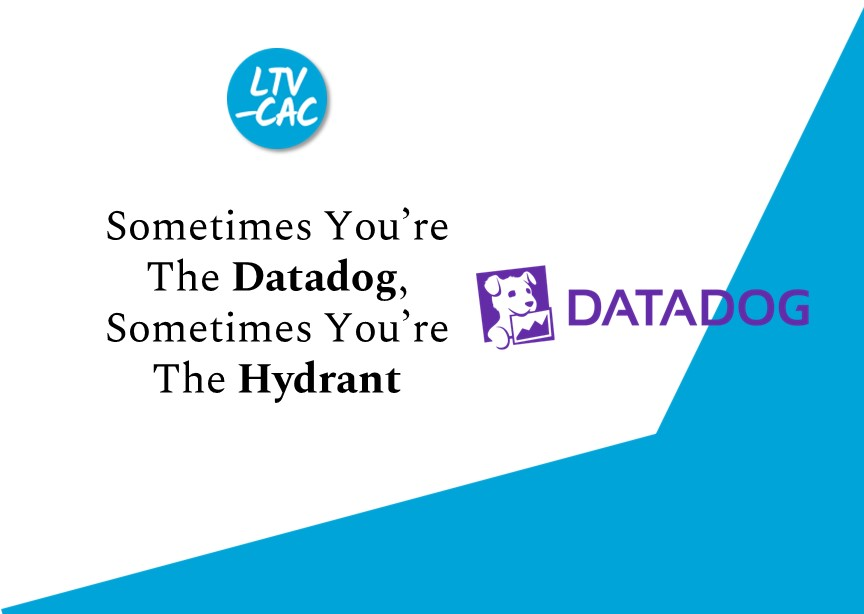 When the media covers companies created by technology, names like Apple, Uber and Slack come up. But what usually doesn't get covered is that behind a new generation of SaaS and social apps is a new generation of infrastructure tools and services that support them. You may not know what they do, but companies like Elastic, Fastly and Crowdstrike are just as important to the tech ecosystem as the ones you interact with every day.

We saw the same pattern in the growth of the industrial economy.

Consider the chicken breast on your plate for dinner at night. In order to get the chicken from egg to oven, an entire supply chain had to be created. Feed production, feed storage, chicken production, transportation, cold storage, cooking, packaging, retailing and disposal — there are billion dollar companies at each step.

The information economy works in the same way. In service of producing and maintaining software applications, billion dollar companies have been built to:

And many others. Though few of these touch the end consumer, they are big business. And Datadog is one of these software infrastructure companies.

Specifically, Datadog monitors technology infrastructure and is used to prevent and react to technology outages or failures. If a user sees an error message or can’t use your software, that’s a huge problem. It needs to be solved quickly and efficiently: find the bug, make the change, and ship it across the system. Datadog helps companies do that.

Datadog built software that tracks and monitors metrics, logs and traces for a system. Metrics are a numerical representation of data over a time period. An example might be the response time of a webpage. Logs are records of discrete events. Metrics can be made up of logs, but log data is more granular. It’s used for more detailed debugging. Traces are a series of events that are causally related and make up the end-to-end flow of a request through a system. It’s the path from when a user does something (like click play on a video or message their friend) and  how that action moves throughout the technology stack.

Once Datadog collects all this data, they display it in a consolidated dashboard; a single pane of glass, if you will. It’s easy for everyone to see how the system is performing -- from developers to business analysts and everyone in the middle. Their product integrates across hundreds of different data sources, alerts users anytime a metric is outside the normal range, and makes it easy to identify the root cause when a problem surfaces.

You might be thinking, hasn’t this always existed? Datadog was founded in 2010 and launched their first product in 2012. Yet, we’ve been building software for decades. Why have they done so well?

There are two reasons: market and product.

Datadog was in the right market at the right time. In the early 2010s, cloud computing proliferated. With it came two trends that fit Datadog’s strategy. Development and operations teams merged in corporations (“DevOps”) and thus a broader range of people needed to view infrastructure analytics. And the other trend was the increased use of microservices, containers, and serverless computing. This increased the complexity of the software stack and demanded a full “observability” solution. Datadog replaced software that was either built for the on-premise computing environment or was only a single-point solution in the cloud.

But it wasn’t just the market. Datadog saw that the cloud was the future and that the increased complexity demanded a single, consolidated solution. Horizontal, not vertical. Their product strategy, pricing strategy and business model all came from this thesis. They lead with an infrastructure monitoring product, then built out APM and logging to round out the “three pillars of observability.” The past two years they’ve launched an additional five products which have seen great early traction.

Datadog has been one of the best performing SaaS companies in the world. They were built by developers, for developers, and sold in a way that developers loved (e.g., not sold to at all). Datadog has incredible bottoms-up sales motion which has resulted in dollar based net retention of at least 130% for ten straight quarters.

And while Datadog spent the past several years leapfrogging ahead of their competitors, other monitoring software has become more comprehensive. Splunk and New Relic are just two examples of point solutions that have matched Datadog’s suite of products in the past couple years. Despite their incredible success to date, Datadog’s future as a stock is far from certain.

Let’s dive into the details.

In 2006. Amazon launched Amazon Web Services. And with it came a better way of creating software. From a post I helped write about Rackspace:

It was the first large and accessible cloud computing platform. This seminal moment changed the enterprise landscape: before the cloud, businesses had in-house server hardware, software licenses, and a slew of IT professionals to manage it all. This on-premise infrastructure was inflexible and expensive. Cloud adoption made software architecture more flexible, cheaper to maintain, and easier to scale up and down.

An obvious win for cash-strapped early-stage startups, the cloud also benefited big businesses. Building on the cloud had several benefits. One of the main advantages of cloud computing is turning a fixed cost (pay upfront for physical data centers) and moving it into a variable cost (pay-per-use cloud computing). It also allowed employees to access company servers from anywhere, thus making them more productive (not just in the work-from-home sense, but also because it allowed for version control and access to lower-cost labor). Finally, the cloud ensured companies operated with best-of-breed infrastructure. It's not an easy technical problem to manage distributed information systems, let alone keep up-to-date on the cutting edge of computing technology. As a result, many companies have outsourced the headache, facilitating more robust and complex solutions.

Cloud computing enabled a better infrastructure environment. Not only could companies only use the computing resources they needed, but further specialization across the ecosystem meant there were more services than ever before.

Cloud computing had lots of downstream effects, but Datadog benefited from two in particular. The first was the premise that development teams and operations teams would merge. Historically, developers wrote the code, while operations personnel maintained the code. They were separate jobs and separate teams.

Datadog CEO Olivier Pomel does a good job of explaining the history of these teams and how cloud computing brought them together (source):

DevOps is a new way of doing things basically that collapses what used to be different worlds.  Development: developers are the ones who write the applications and the code, and Operations: that used to be people who build servers and rack them and pull the network cables, that sort of thing.  They used to be very separate. The developers build the application and they throw it over the fence to operations people who are responsible for it in production and historically those two teams hated each other.

So the starting point for Datadog was that there must be a better way for people to talk to each other.  We wanted to build a system that brought the two sides of the house together, all of the data was available to both and they speak the same language and see the same reality.  It turns out, it was not just us, it was the whole industry that was going this way.

This DevOps movement was a core part of the cloud migration that was just starting to take place when we started Datadog, in the early 2010s. A lot of the value prop for the cloud was that, instead of having a development team that builds an application and then you spend 6 months filing tickets and placing order forms in order to actually bring that application into production, and you can’t change your mind for three years on the way it’s going to run… with the cloud you can actually decide on the spot and do whatever you want, engineers and developers can do it themselves without needing to ask for permission, or file a form.  And then you can change your mind from one day to the next. That really brought the developers and operations teams together, and that was a bit part of the DevOps movement.

The second trend is observability. Spurred by cloud computing (and a core thesis for Datadog’s product), observability is the monitoring, alerting and maintenance of technology infrastructure and applications. Datadog’s thesis was twofold. First was that every data type and source would need to be on one consolidated view. If a problem arose, you didn’t want to be frantically switching between dashboard to identify which of your data sources contained the context for the problem.

The second thesis is that everyone in the organization — from engineers to business analysts to department heads — would need to be able to access this information. Continuous delivery in software meant that software engineers would now be responsible for the performance and reliability of their applications. Higher-level managers and business employees also would need access to this data.

This bet on a horizontal platform was a big reason why Datadog was able to jump ahead of competitors (who offered point solutions). Splunk had industry-leading log analysis and New Relic had the best APM and tracing. But Datadog was the first to bring those together — log analysis, APM and infrastructure monitoring — into one single product.

But the market alone wasn’t enough to propel Datadog to a $12 billion valuation. Their product was carefully thought out at each step.

When you subscribe to the Everything bundle, you’ll get access to all the paid content from Divinations, Superorganizers, Praxis, and Napkin Math. Our deepest, best work is typically reserved for paying subscribers.

If you can’t afford a subscription for any reason, email me and we can work something out!