A Tale Of Two Acquisitions

Whenever a CNBC talking head starts pumping a company, it is a reasonable strategy to immediately short said organization. This holds especially true for Jim Cramer. His trades are so notoriously sub-par that multiple meme accounts are dedicated to recommending the exact inverse of what he talks about. There are lots of ways to cut the data depending on what you consider a stock pick, but, as of a few months ago, this reverse index is outperforming the market by ~7%.

This phenomenon has the interesting implication that workers in the technology sector should evaluate their employers by the volume of their mentions by Cramer. The more the little man on the TV shouts the organization on your paycheck, the more urgently you should be reaching out to recruiters. If you are such an individual who is working for Unity Technologies, I come bearing bad news: 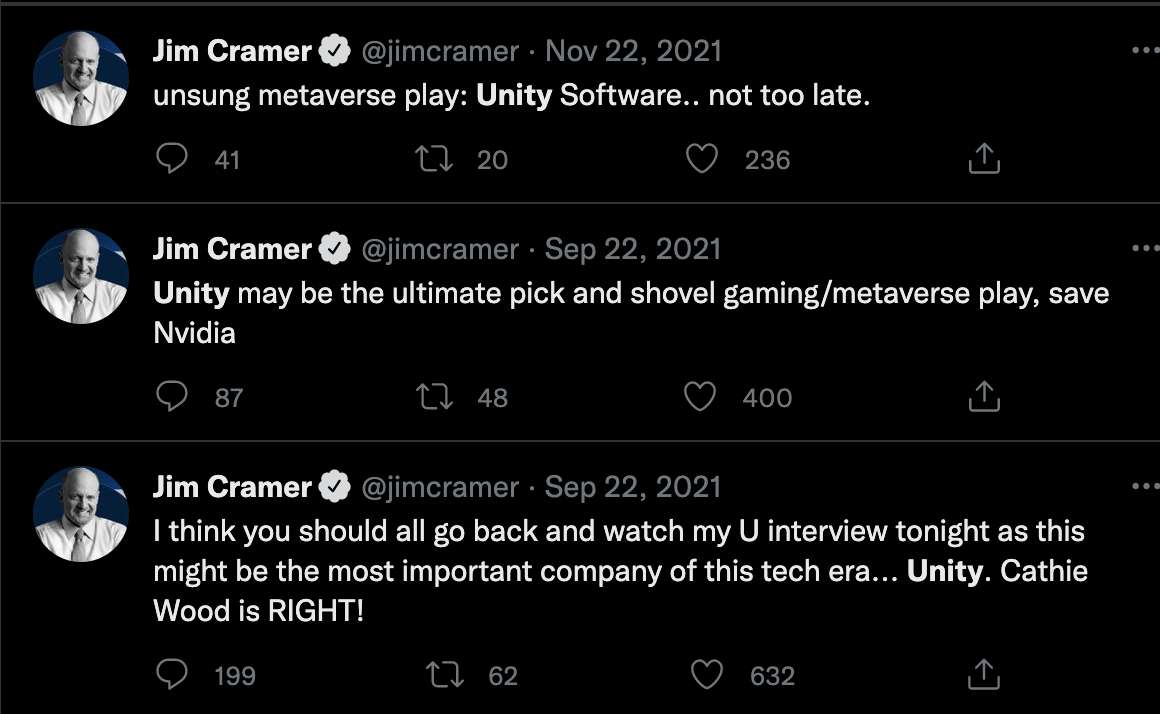 These tweets represent the holy trinity of ill-begotten trades: Jim Cramer, Cathie Wood (one of the worst fund managers alive), and the Metaverse buzzword. If the reverse-Cramer index thesis is correct, employees should follow the example of Iron Maiden, and run to the hills.

Even ignoring the media coverage, Unity is a company that is a study in contrast. All that is great about their ambition, of being the software that the Metaverse is built on, of being a platform that empowers creators, is the exact thing that is killing them. The focus on a distant, possible future has them fumbling the present with their stock price down 57% over the last year. Even their most recent drama, of having competing merger offers between Applovin and Ironside are competing visions of what Unity can be.

Today’s (paid) post will be analyzing the company on multiple fronts. Properly executed, Unity has a chance to be one of the defining companies of the next generation of technology and represents significant upside. However, the path there is anything but easy.

To unlock the rest of the piece, subscribe below! You'll receive access to this analysis and dozens of other essays on the hottest technology companies. 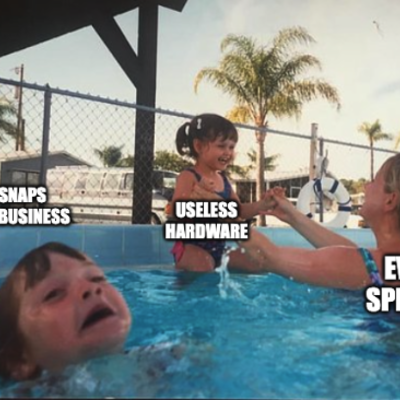