From the iPhone to Snapchat and Notion—when words escape us

Editor's Note: If you've been reading Every for a while, you probably know we love to talk about products: the strategy surrounding them, the design that goes into them, and the way we use them—or don’t. Which is why we love this post by Josh Miller, co-founder and CEO at The Browser Company, about the way we talk about products—or more specifically, why some products can be hard to talk about.

This piece was originally published in Josh's newsletter, Internet Blue. We hope you enjoy it as much as we did!

I’ll never forget the first time I played with an iPhone.

It was my freshman year in college, and I loved my Blackberry. It had email. It had BBM (Blackberry’s precursor to iMessage, which dominated the campus social scene). It let me quickly Google stuff. What more could you ask for? 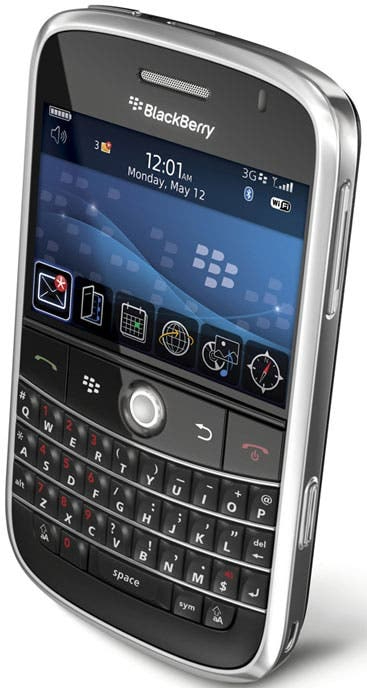 My Blackberry Bold was “a Swiss Army knife of a phone,” according to The New York Times’ 2008 review. If you had asked me then what I hated about my [Blackberry] phone it would’ve been very difficult to answer.

That’s why I did not initially understand what all the iPhone hype was about. Apple didn’t have a focused one-liner for the iPhone. It was not purporting to solve a single, big problem with existing mobile phones. It was just, “iPhone.”

In fact, Apple’s early iPhone ads mostly just showed off random workflows. One early TV spot features a protagonist watching a movie scene with a giant sea creature in it, which then inspires them to search for restaurants nearby with seafood on the menu (in the Google Maps app):

Say you’re watching Pirates of the Caribbean… Mmm, did somebody say, “calamari"… the closest [restaurant with seafood] would be…

That was the pitch! Ditch the Blackberry you love—the “Swiss Army knife of a phone”—without a focused articulation of what the iPhone was or why it was better. 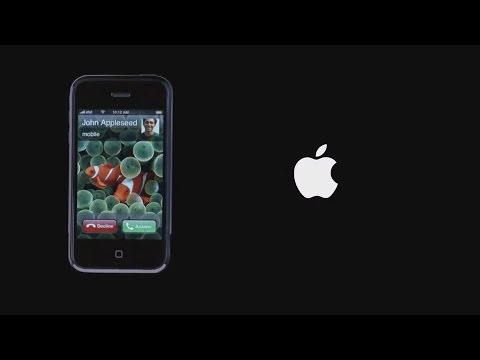 Then I actually played with the iPhone myself for the first time—the experience rocked me. Immediately, I “got it.” The iPhone was clearly a glimpse of the future. How could I have possibly compared this iPhone thing to my Blackberry phone?

Yet if someone had asked me at the time to pitch the iPhone back to them it would have dribbled out as nonsense: “Just trust me, it is much better and very different.” Even after holding the iPhone in my own hands I was at a loss for words. How could I reduce something so new to only a snappy marketing statement?

A few years later, my college friends started using Snapchat. It was perplexing to me initially. What was it? What was it for?

At the time, Snapchat was clearly not a text messaging replacement. But it also was not like Facebook and Instagram: it opened to the Camera; did not have a News Feed; did not have Likes or Comments; you had to select who you sent posts to each time; everything disappeared after you looked at it; the app was yellow and silly and had a dancing ghost. Huh?

My friends were enthralled by Snapchat but they could not put this love into words. “It’s hard to explain, just trust me – download it and I’ll send you a Snap, you’ll see,” was the way an exchange would normally go. Sometimes I would ask about the functionality but attributes like “ephemeral” meant nothing on their own.

In 2012, my younger sister (in middle school at the time) tried to describe Snapchat to me. She told stories about real life workflows instead of marketing one-liners, just like Apple did in those early iPhone ads:

[My sister’s] exemplary use case [for Snapchat] was a moment that she captured in the airport of a funny looking man who was snoozing in an awkward position. It’s the type of thing that you want to share with somebody, but its insignificance would make it awkward in a text or status update. “It’s a way to connect with friends when you don’t really have anything to say.” Or in my words, if traditional messaging is functional—communicating for a purpose; “What time do you want to meet for the movie?”—Snapchat is the opposite, whatever that is.

Snapchat was just different, “whatever that is.”

Fast forward another few years, I found myself working at Facebook, which made its employees use Quip (instead of Google Docs). It was the first time I had to use software “because the company makes you use it.”

According to the Wayback Machine, this was Quip’s marketing pitch (on their homepage) at the time:

Beautiful documents on any device

These things were true!

Quip was a more beautiful, more collaborative, and more reliable word processor. But I did not want or need a better word processor! Just like I did not want a better Blackberry and did not long for a better Instagram. Quip felt incremental precisely because it was so easy to describe—even if it was “better” on the surface.

That is how I felt the first time few times I saw Notion too. Someone would send me a notion.so URL and I’d think to myself, “So… it’s a hipster Google Docs?” No, thanks! I had seen this movie play out with Quip, and it wasn’t for me.

Then friend after friend started to show me what they were making with Notion. If only you had heard the energy in their voices and seen the light in their eyes! Notion was a revelation to them, even if they couldn’t quite describe it.

However, as soon as I truly tried Notion for myself—and made a Workspace for my personal life, complete with emojis and databases and nested pages galore—I was hooked. Once fully immersed in Notion you just knew that there was no turning back. Even if you could not describe “what it is” in a clear and concise sentence.

After many years of building and tens of millions of users, Notion now describes itself this way: “Every department’s work. In one tool.”

You can almost feel their internal struggle with language—the search for the right words. How can you describe something that is genuinely novel? What happens when something is so fundamentally different that it fails our shared vocabulary?

My Dad has this saying, “Disregard the words.”

Often times I would call him up, extremely worked up about something I had read in the news, and my Dad would gently remind me that I was getting caught up with language again:

Stop using these popular labels for the things that you are describing. The truth of what is happening—what actually exists in the real world underneath—is much more nuanced and complex than these pithy statements. The nouns and phrases you are relying on are imperfect projections on reality. Don’t ever forget to disregard the words if you want to truly understand the world around you.

Said differently, our shared vocabulary—from “word processor” and “social network,” to “Democrat” and “Republican”—may feel incisive but it actually obscures the reality hidden underneath.

My point in sharing all of this is that sometimes I feel like we get too caught up in the words, and forget to disregard them. Especially (in the context of this essay) as builders of new technology products.

“How will I describe this to an investor, or at a dinner party with friends?”

"What’s the one-liner that describes why this will be better?”

Yet looking back on the last decade or two, the most transformative consumer products—and generational changes in behavior—have often been the most difficult to describe. The ones where words escaped us initially.

Sometimes I think of it in this way: if the words already exist to describe something new then maybe it is not truly that novel after all.

At worst this worldview can lead to the esoteric, or the novel for novelty’s sake. But at its best it can feel liberating—permission to “disregard the words” and just build what feels exciting. Trusting that the words will follow.

Josh Miller is the founder and CEO of The Browser Company. You can read more of Josh's work on his newsletter, Internet Blue.