Today's newsletter is brought to you by Flatfile, the customer data onboarding platform.

Clients can’t use your application without being able to populate their data, causing the CSV import problem to present itself at the most inopportune time—during onboarding.

Since launching in 2018, Flatfile has onboarded data for over 1.5 million customers spanning 400+ of the best companies around the world. In just a few clicks, Flatfile intelligently imports, transforms, and validates your customers’ data, solving the most critical part of onboarding, in seconds.

TikTok was the first time I was personally terrified by technology. At 9 pm on a Tuesday night in Southern Utah, I downloaded the app thinking I would check it out for 5 minutes. Then, without warning, I looked over at the clock and it was 3:30 in the morning. I had been scrolling for 6 ½ hours straight. At first, I thought I had a stroke or the clock was wrong, but the more I thought, the more I realized that I had just been laying in bed, flicking my thumb up the screen, my mind ignoring the passage of time. Tiktok had grabbed control of me—body and mind. It was spooky.

The next day I tried to describe to my family what had happened and what TikTok was. After several minutes of failed explanations, I finally hit on something that felt right.

It was the most addicting, dopamine-fueled app I’d ever used. Normal TV was dull and slow in comparison.

My experience was not mine alone—the average TikTok user is on the app for 89 minutes a day. They open it over 19 times a day. The app is the third most used social app in America, topping Snapchat, LinkedIn, Twitter, and Pinterest. It is used by over a billion people a month. Assuming a 50% dropoff from monthly to daily active users, the app consumes 84,608 man-years a day. This is just a mind-boggling amount of time wasted by the human race.

Perhaps TV on Crack was even an underestimation of the service. And it’s not the only thing that has gotten more addictive lately.

In 2010, Paul Graham published an essay entitled “The Acceleration of Addictiveness.” In it, he proposed that as technological progress continued its inexorable march forward, it would cause product improvements in every category. For the majority of products, that means they become more addictive. Graham argues,

Thanks to our Sponsor: Flatfile

Thanks again to our sponsor Flatfile for today's newsletter. Click below to view the data onboarding platform that the world’s best companies use to onboard their customers. 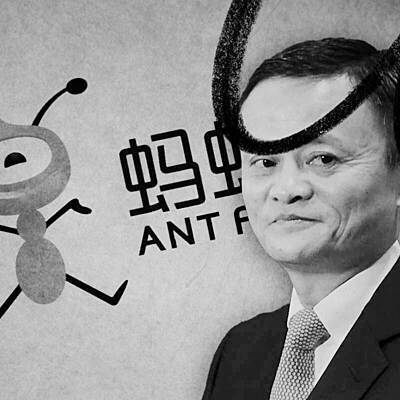 The largest IPO in history is happening in China with Ant Financial. In this post, we discuss all the services Ant Financial provides and what to expect in the future from Ant.