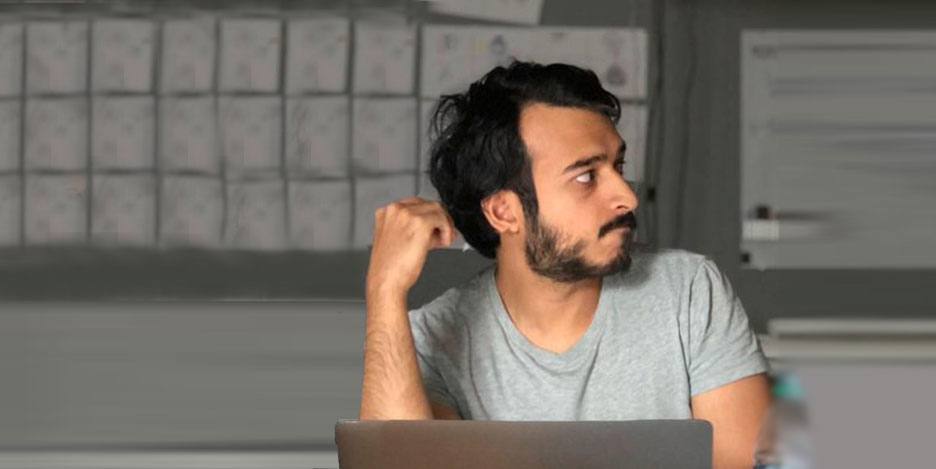 Back in 2011, when he was employee #2 at Pinterest, he had an idea for “a sort of link shortener with a payment system built-in.” So he hacked it together over the weekend and launched on Hacker News that Monday. He called it “Gumroad.”

A few months later, Sahil left his job—leaving all his Pinterest stock on the table—and raised $1m from top Silicon Valley investors. Then he raised $7m more. He hired a team of 20 people, leased a fancy $25k/mo office in SoMa, and poured everything he had into making Gumroad his life’s work.

They hustled to attract a wide variety of creators to sell digital goods through their platform: musicians, movie studios, designers, writers, programmers. They hit a peak of nearly $2m in gross volume in 2014.

Then, in 2015, the growth stalled. The company started running out of cash, and it became clear that VCs weren’t coming to the rescue. In fact, they wanted Sahil to shut down the company and try something new-they even offered him money to do it. But he couldn’t:

“We helped thousands of creators get paid every month. About $2,500,000 was going straight into the pockets of creators — for rent checks and mortgages, for student loans and kids’ college funds. And it was only growing! Could I really just turn that faucet off?”

He couldn’t. So he laid off all but 5 employees. They stumbled along for a bit, but as time went on the remaining five all eventually left for more exciting opportunities.

“I was basically alone.”

With Gumroad scaled back to the bare minimum, Sahil moved to Utah and learned to paint. He worked on sci-fi novels. And in his spare time, he answered support emails and fixed bugs to keep Gumroad afloat.

But there was a silver lining: Gumroad was finally profitable. Which meant he wouldn’t have to raise any more venture capital, which in turn meant he could run the business however he wanted. He didn’t have to play the VC game anymore.

Fast forward to 2019. Sahil published an essay that changed everything: “Reflecting on My Failure to Build a Billion-Dollar Company.” In it, he told the full story of Gumroad for the first time.

“The reception has just been kind of insane,” he told me. Over 700k people read the post. And now Gumroad is growing faster than ever.

These days, Sahil isn’t alone anymore. He has a small team again, and they’ve got big plans for 2020.

How he feels about Gumroad today

You know, in some ways, the growth is kind of annoying. It’s stressful!

I had gotten used to Gumroad as sort of flat, and now it’s growing faster than ever. Every month we grow, all I can think about is “fuck, what if this is it?” I don’t have the confidence yet to say that this is the new normal.

I would say I’m cautiously optimistic. I’m at least more patient now than I used to be. Plus, we’re profitable, so I can afford to be patient. It takes a long time to build a really great product.

The origin of the idea

It was a Friday night, and I was at home designing a pencil icon for a Mac app I was building.

After I was done designing it, I realized that I wasn’t going to build the app. But the pencil icon was pretty cool! So I thought maybe I should sell it online.

I looked around for an easy way to do it, but didn’t find anything. Back then, if you wanted to sell something, you’d have to put up a whole website and make a page with a PayPal button. Then, every time you got a new customer, you’d have to manually email them to fulfill the order.

Really, I just wanted to upload a file, get a link, and share it on Twitter. So that became the MVP.

I didn’t do any market research. I just thought, “This is a cool thing. I want it to exist. I’m going to spend a weekend building it.”

Early traction can be a mirage

I spent the weekend building it, and on Monday I launched Gumroad on Hacker News.

Over 52,000 people checked it out on the first day. There was so much early traction and buzz, I thought: “this must be a huge market.”

But looking back at it, I think the TAM is actually much smaller than it seemed. People are just now starting to get excited about the “passion economy”—they’re just starting to see this as a legitimate career path or profession—but it’s early days. This market is still super small compared to b2b SaaS, or ecommerce.

I thought we had a really good growth mechanism because if a creator signs up, they’re incentivized to sell stuff to their audience. Every incremental dollar of revenue they make, means we make money too.

But now, I realize there was a limit to the amount of people who wanted to sell stuff using Gumroad, and there was a limit to how much money these kinds of people would be able to make. Our first users were mostly just selling stuff they already had on a hard drive somewhere. They weren’t creating new things with Gumroad in mind. It wasn’t seen as a way to make a living.

I didn’t get it at the time, but Stripe, for example, was in a way bigger space than us. We were one of the first marketplaces on Stripe. So for a few months, we were probably a good chunk of their total volume. If we double in size every year, then Stripe’s revenue from us also doubles. But when Stripe adds another business that also doubles annually, then they’ll 4x every year.

It took me a long time to realize how much that matters.

After the fundraise, we hired a team of people to do direct sales. They’d talk to musicians, filmmakers, etc, and help them get set up selling their work on Gumroad. But the economics were super brutal.

Say you’re paying each salesperson $100k a year. We only keep 3.5% of what creators make, so each salesperson has to drive about $3 million in gross volume every year just to cover their salary. That’s hard to do when most creators on Gumroad aren’t going to make nearly that much money in a year.

And it’s hard to buy ads or go to trade shows or anything, because you’re competing with people who are selling a product where the average contracts and gross margins are much higher. So they can afford to outbid you.

That’s why, ever since the layoffs, all of our growth has been organic.

The one thing we never want to mess with is the core: Gumroad should be the easiest way to upload a file and sell it. We’ve got that flow pretty dialed in, and I don’t foresee us making big changes there.

In 2020 we want to focus on memberships. I think we can build a product that’s better than Patreon. We’ll let you sell a-la-carte and memberships in the same place, and we can do it profitably with a small team. That part is really important. They’ve raised $170 million and have 170 employees. As a creator, if you’re building your livelihood on their platform, you need to understand what expectations their investors have of them.

At Gumroad we don’t have any of that. And with everything that’s happened with WeWork and Uber, there’s more mass awareness now of the potential downsides of that model. There can be a lot of collateral damage.

We have a small number of employees and we don’t have any pressure to achieve any specific kind of result. We’re just going to build this thing, and keep it profitable. That means we actually have much more stability, even if we’re smaller.

We’re a $7 million a year business. We’re probably never going to be a unicorn, but we’re growing 40% year-over-year. I think we can be a $50 million business with just 15 people.

[Editor’s note: this is an extremely creative use of trade-offs to create a competitive moat!]

Why Gumroad isn’t focused on a specific vertical

To me, as an engineer, it didn’t make any sense to limit ourselves. Whether you’re selling a song, a video, or a mac app, it’s basically all the same thing. And we thought if we let everyone use it, we could take insights from all the different areas and cross-pollinate them. We felt like we could build something that’s better for everything.

I don’t know if this was a good idea or not. Now, it makes more sense to me why you’d want to focus on a vertical. People want to use a tool that’s built for their use case. For example, the core functionality of Substack and Patreon is pretty similar. But for a writer, that extra polish matters.

But one of the things we learned is that it's hard to categorize a lot of what people sell. There's a whole new word—"creator"—because the lines are getting blurred. A lot of people want to make multiple types of things. The same way you want income diversification, you might also want content diversification.

I will say, it definitely made marketing a challenge. There were tools that would come out branded for a specific industry, and even though our product was better for that exact use case, they’d have an easier time attracting users in that vertical.

Now that Gumroad has been out there for so long, it feels a little like a snowball. This thing is moving. Even if we wanted to, we couldn’t fully change it’s direction. There are tens of millions of people that know what Gumroad is. It would be so hard to change that.

It’s kind of like curling. Our role now is to be the people polishing the ice in front of the stone, to remove friction. We’re not trying to change the trajectory.

So a lot of the product decisions we make are really micro decisions. We just want to polish the crap out of the experience. For example, the “edit” page. We used to have a WYSIWYG editor, but it was confusing. The best UI for editing is not going to be the same as the best UI for consuming. So we replaced it with a much simpler form and show a live preview.

We want to remove as much of the friction and stress as possible out of the experience for creators.

That’s all we really want to do.

If you liked this post, click the purple “like” button! (This is no vanity exercise—the only purpose it serves it to create a feedback loop for me, so I can make Divinations better for you!)

Also, you might want to subscribe and read my explainer on the role of trade-offs in strategy. It’s a part of an ongoing series exploring the work of Michael Porter—the HBS professor widely considered to be the father of modern strategy. 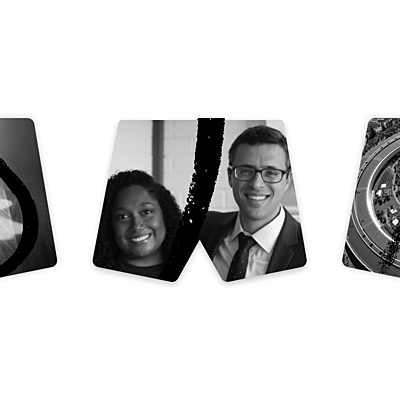 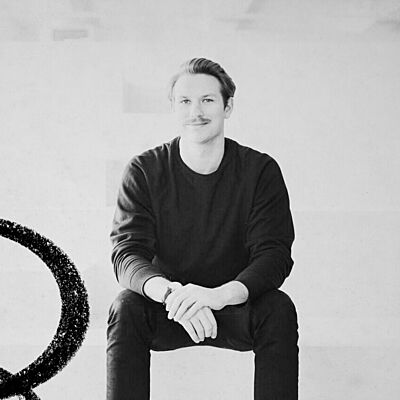 How To Use ‘Good Jobs’ To Create A Great Company, with Dan Teran

And the future of worker classification