It’s a question I ask myself a lot, and I bet you do too. On the one hand I really want to push myself. I’m ambitious, I want to leave it all out on the field—some of my peak work moments have come from times when I’ve pushed myself to a place where I didn’t think I could go. We all have more ability to adapt to stress and pressure than we think we do.﻿

On the other hand, I want to be kind to myself. I wonder how much the drive to push myself is really just a drive to make up for something that I feel is missing or inadequate—and whether pushing myself will actually fill the hole. I also sometimes wonder whether letting myself off the hook is just laziness masquerading as self-care. It’s hard to tell.

But importantly, I wonder whether pushing myself might, in fact, kill me. Constant pressure creates chronic stress, and there’s all sorts of scientific studies that show that chronic stress is really bad for you. It makes you more susceptible to heart disease, it makes it harder to recover from illnesses, it can affect your sleep, and it can even affect your working memory.

There’s also all sorts of literature (and conversations on Twitter) that says that stress is actually good for you.

What gives? How much stress is good, and how much is bad?

That’s what Why Zebra's Don't Get Ulcers by Robert M. Sapolsky is about. Robert's a stress researcher, and as far as I can tell he's one of the good ones. He's the kind of intellectual who's smart, but also smart enough to know what he doesn't know. He's written a book, but he doesn't come across as trying to sell it to you—he's kind of like your zany self-aware smart-as-hell uncle who happens to study the stress responses of baboons for a living.

In the book Dr. Sapolsky harnesses his own research, as well as a wide array of animal and human studies to figure out the answer to a fairly simple question: how does stress work, and why do humans get stress-related diseases?

It’s an interesting question—you can understand why a human body might react poorly to not being fed enough. But why would psychological stress have dangerous consequences? The basic gist is this:

The stress response is built to get us out of danger. If you're an animal in the Serengeti and you're being chased by a lion you really, really want to have a stress response. Being stressed means you’re preparing your muscles to move—a lot. Your heart rate rises and pushes blood to your extremities. Glucose is released into your bloodstream to help run your muscles as fast as possible.

This is all well and good in the wild—you don't need to reproduce if a lion is eating your face off. But humans, and some more intelligent animals, have evolved the stress response from an unqualified Good Thing into...well, something that might kill you.

What’s different about our stress response? Well, we have the ability to anticipatedanger. Other animals have this ability too: it’s a good thing to get stressed seeing the lion all the way across the savannah, instead of only when it mauls your intestines out. But humans have evolved this anticipation ability to extend far beyond other animals. We anticipate bad things months, years, or even decades out. And when we do this, the very same stress response gets turned on—even though there is no immediate danger, and there is no immediate way to avoid it.

Suddenly, you aren’t just activating the stress response for a few minutes when you’re running for your life. Instead, it’s activated all the time—chronically. And this is where the problems start.

Remember we mentioned earlier that the stress response amps some parts of your body into high gear, and turns off others? If you’re doing that chronically, you start to have problems. Suddenly, your digestive system isn’t just inhibited for a few minutes while you’re escaping danger. It’s chronically inhibited. The same thing happens with your immune system—chronic stress tamps it down, and makes it harder for you to fight off diseases. Stress is bad for your heart too—if you’re pumping blood as if you need to run from something all the time, you’re going to get high blood pressure.

In these cases, according to Sapolsky, “the stress response can become more dangerous than the stressor itself, especially when the stress is purely psychological.”

To be clear, stress doesn’t actually make you sick. But it does leave you more vulnerable to disease and illnesses than you otherwise would be—and those can make you very sick.

So is stress bad?

Stress isn’t good or bad. It’s a tool. In small doses it’s good, but too much of a good thing becomes a bad thing pretty quickly.

A good analogy is exercise. Too little exercise and you open yourself up to a whole host of diseases, both physical and psychological. Too much, and you can actually kill yourself.

What do we do about it?

The answer to the question we posed at the top, then, is that it’s great to push yourself—but you should be paying attention to the signs that tell you that you need a break. And it’s to give yourself plenty of ways to manage stress while you’re going through it, so that it doesn’t affect you as badly as it could.

This is the really interesting nugget: stress isn’t mathematical. Expose the same person to the same stressor and they will have different stress responses based on their coping strategies. Which means if you want to live a life where you’re pushing yourself, it’s best to develop a variety of coping strategies to help you manage it.

Increase your sense of control.

If you put a human in a room where loud noises are going off, you’ll activate their stress response. If you give the human a button to reduce the volume of the loud noises they’ll be less stressed—regardless of whether they even use the button.

What that means is, just knowing you have the option to reduce stress is enough to make something less stressful—even if you’re not actually controlling the stressors at all.

It’s why the first few sessions of therapy are often so powerful for patients. You’ve finally found a way to manage how you’re feeling, even though you probably haven’t changed too much about your life.

When you’re facing mild to moderate stressors, ask yourself, How can I increase my sense of control in this situation? You might find there are simple answers that will make you feel a lot better.

Increase your sense of predictability.

Rats that are exposed to repeated electric shocks are more likely to get ulcers. But if you ring a bell before you administer the shock—making the shock more predictable—the rats are less likely to get ulcers. If you make the stressor predictable, you only have to get stressed right before it happens. That means you’re not stressed the rest of the time, and therefore the stress response doesn’t wreak as much havoc on your body.

Making the stressors in your life more predictable can have a similar effect. When you see CEOs that keep their calendars clear and never do phone calls—you’re seeing the benefit of predictability in action.

Of course, we can’t make our lives totally predictable (and in fact that wouldn’t be desirable.) But the more you can expose yourself to stressors in a predictable way the better off you’ll be. For example, maybe only doomscroll on Twitter once a week. Or only check email a couple of times a day.

When rats that are exposed to repeated stressors are given a piece of wood to gnaw on, they are far less likely to develop ulcers. Outlets for frustration are another important coping mechanism for stress.

There are many unproductive outlets—for example, taking things out on your partner or a co-worker. But there are also many productive ones, like exercise or journaling. Making a list of outlets and making sure to return to them again and again can reduce the havoc that chronic stress can wreak on your body.

Social support is the last coping strategy on the list, and it’s perhaps my favorite one.

If you give a primate a stressor in the lab, you’ll find elevated markers of stress in its behavior and in its blood. But give the primate a stressor when it’s surrounded by friends—its stress markers will be lower, even for the same level of stressor.

The same thing happens in humans. For example, in one study parents of children who have been killed in war were no more likely to get disease or die—except if they were already widowed or divorced.

Creating a vibrant sense of social support can put an unmanageable stressor into perspective and help keep it under control. Without social support, even small things can set us off in ways that are unproductive and unhealthy. 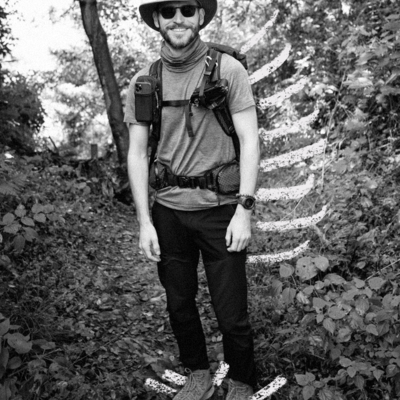 Walking as a Productivity System

How walks create the foundation of Craig Mod's creative work 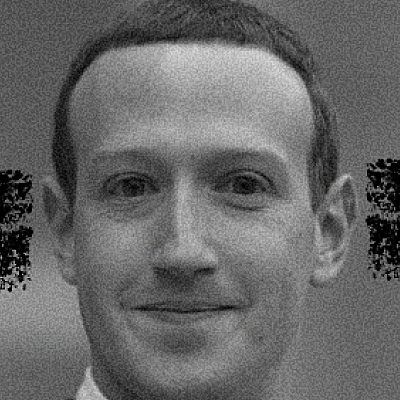 Why are they doing it? And will it work?

A great read. I struggle with the balance, but becoming more mature.