A newsletter about internet culture by Fadeke Adegbuyi

You're getting this email because you're subscribed to one of Every's newsletters. To manage your subscription settings click here.

TLDR: Today we’re launching Cybernaut, a newsletter on internet culture written by Fadeke Adegbuyi. To get Cybernaut and along with access to 11 other newsletters inside of Every subscribe here:

You can read my brief introduction below, or scroll to read a note from Fadeke.

If you had to describe the internet to an alien, what would you say it’s like?

You might tell the alien that the internet is an outpost for weirdness. For self-expression. For making new things. For genuine connection. You might point to Subreddits on esoteric topics, oddly informative YouTube rabbit holes, or live concerts on Fortnite. You might describe a new app built by a small team that’s changed how you see the world, or an article written by someone previously unknown to you that made you feel less alone.

Or you might tell the alien that the internet is a performative, corporate space. That there’s too much money in it. It’s too cool for weirdness. We don’t tinker, we achieve. We don’t connect, we monetize. We don’t play, we perform. In short, you might say, the internet isn’t inspiring—it’s conspiring to make us less ourselves.

You could explain both of these perspectives, or you could subscribe the alien to Cybernaut. It’s a study of the internet—the good, the bad, and the weird. It exposes the internet’s nooks and crannies, drawing patterns between internet phenomena, and exploring the weird subcultures that make us laugh, make us cry, make us feel. Cybernaut shows us what those cultures and communities—the internet’s neighborhoods—are like, how they’re structured, how they work, and who’s involved. Some of these neighborhoods might not be on any map, and others are places you’ve been, but that you’ve never fully understood.

I hope you’ll find that these kinds of stories are fun—but also that they're important and useful for you in your work. Stories about the human side of the internet are critical for practitioners trying to build new structures online. Business people need to understand how those experiences change based on the structures and incentives we come up with. We need to understand what kinds of structures create vibrant communities online, and what kinds of structures create spaces that are overwhelmed by spam and performativity.

And in the process of understanding, we might fall in love with the internet all over again. Reading Cybernaut is a joy because it reminds me of what’s special and important about being online.

When I read Cybernaut, I get the same nostalgic feeling for an internet I'm sometimes afraid has vanished—a world where the internet is still a fascinating, exciting place where I can try new things and anything can happen. It’s hopeful, and human.

And that’s why Fadeke Adegbuyi is the perfect person to write it. She’s optimistic about the web and the people who inhabit it. She has the sense of adventure to find curious cultures on the internet, and the sociological curiosity to explore them in exquisite detail. Most of all, she has the talent to write about them. Seriously, she's written two pieces for us on LinkedIn and Spoonbill that were both instantly viral. Because she has her finger on the pulse. She's not just writing about the internet, she is extremely of the internet.

And because of that she's the right person to show us all something important: what we see in the internet is really our own reflection.

Curious for more? Read on for Fadeke’s introduction.

What You Get When You Become a Subscriber

When you subscribe to Every you’ll get access to all of the content in Cybernaut: 2 essays a month, and an in-depth interview with a person who inhabits an interesting part of the internet.

You’ll also get access to 11+ other newsletters and podcasts that are part of Every on everything from productive, to business strategy, to leadership, to technology.

Curious for more? Read on for Fadeke’s introduction.

I’ve always been hooked on the internet.

I grew up in the late 90s and early 2000’s, sharing a family desktop computer with my two younger brothers. We devised a system where we took hour-long turns on the Compaq, a heavy white tower with a CD-ROM drive and a boxy monitor.

I became an internet addict, literally counting down the minutes until I could return to my rightful chair, hovering menacingly nearby and then violently sliding my siblings off the seat at 1:58, again at 4:59, and so on. (Sorry about that.)

For the next 60 minutes, the blue Internet Explorer icon with its golden halo was a portal to different worlds, and I was going to find them.

I tinkered briefly with Neopets but never got into online games. Nexopia, then a small Canadian version of Reddit, captured my attention for years. I accidentally honed my writing on the forums, furiously typing arguments at strangers on topics I knew less than nothing about, only to be foiled by my opponent when I used the wrong “your.” People say you shouldn’t spend your time fighting with people online because chances are you’re going to battle with a fucking twelve year old. It’s true––I was that twelve year old. (Sorry about that, too.)

I dipped into Yahoo chat rooms (“a/s/l?”), toyed with my away message in AIM (“brb, studying w/friends”), and discovered Taking Back Sunday on Myspace (“Cute Without the ‘E’”). I found online shopping, scrolling through ASOS.com when it was “As Seen on Stars” and featured photos of Paris Hilton in head-to-toe hot pink. I read Livejournals of people I would never meet or know.

In 2005, I started frequenting corners of the internet like fanfiction sites for The Young and the Restless, Christian and atheist forums pontificating on the existence of God, and threads on bodybuilding.com touting a diet consisting solely of protein shakes. I spent two summers watching 24/7 online feeds of contestants in the Big Brother House.

In 2010, I got my own laptop, the last white Macbook produced before they were indefinitely discontinued. I spent full days on Tumblr. I scoured through YouTube, switching between organic chemistry explainers on alkene nomenclature and “what’s in my bag” videos from influencers-to-be. I tried most of the new platforms at least once. I didn’t get Twitter at first, but years later I would write a guide on how to use it.

My fascination with online spaces manifested in an interest in the people behind them. I became curious about the technology industry and read Jessica Livingston’s Founders at Work in 2016 while working at my first startup. I still work in tech and I hope I always will. Platforms and the people on them are infinitely interesting. I’m fascinated by the intersection between the people who build the internet and people who inhabit it.

But along the way, the internet became more work than play. Time on quirky quadrants of the web got replaced with a millennial obsession with personal brand building. Less perusing as past-time, more LARPing as professional. Fewer side quests, more side hustles. The virtual playground became a utility.

As the internet leaves its infancy and approaches adolescence, there’s a certain nostalgia for far-off corners of the web that have seemingly vanished or appear in rapid retreat. But the internet’s domination in our work and lives only means weirderpockets of the web, stranger online phenomenon, and more digital terrain worthy of excavation. Little has changed except our willingness to explore.

That’s what Cybernaut is all about.

It’s an expedition into all things internet culture, from the idiosyncrasies of social media to the subcultures that exist in less frequented spots on the web. We’ll take adventures through the interconnected link galaxy, unearthing what lies below the surface. Each new issue investigates an aspect of the online world and what it says (or doesn’t) about us.

I’ve already had the opportunity to write about LinkedIn’s Alternate Universe and Creeping as a Service (CraaS). There’s much more of the internet to turn over. This publication will dive into everything from subreddits frequented by the children of narcissists, to “study with me” videos that garner millions of views, to the question of who gets to disappear off the internet without a trace.

This is a newsletter for the Very Online(TM), those who see part of their internet story in mine, or people curious about the hidden corners of cyberspace. Each issue will leave you a little more aware about the place you already spend so much of your time––both the out-of-sight peculiarities and the quiet phenomena lurking in plain view. If you’re interested in any of this, subscribe.

I’m excited to join the writer collective at Every to dig into this subject with you. 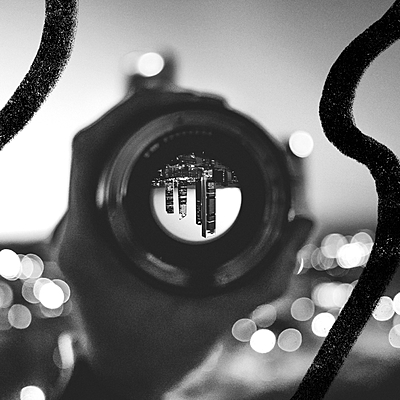 Introducing our newest publication, Glassy! (A weekly study of technology through the lens of gender.) 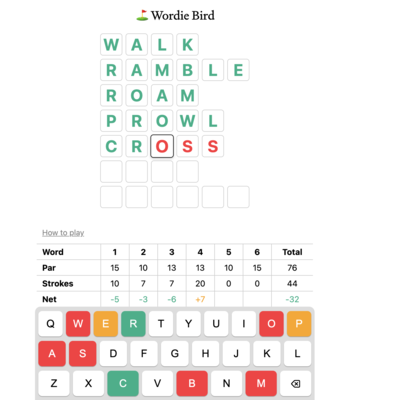 It's like if Wordle and a mini-crossword had a baby.