Breaking free from the tyranny of fixed ideas

InsideTracker is a personalized nutrition platform that analyzes data from your blood, DNA, and workouts to help you optimize your body for peak performance.

Have you ever been in a team meeting where someone has an idea they’re so wedded to that they can’t entertain other options? Some people in the group might agree, while others might disagree and suggest other solutions. Depending on the group dynamics, each person may become increasingly attached to their own position.

If you’re lucky, however, there’s another person in the group who avoids getting caught up in these strongly held opinions. This person can look at all the different ideas at once, perhaps seeing some that haven’t been suggested, and can move flexibly among them to weigh their pros and cons. They don’t get stuck in one worldview.

In my last essay, I introduced the idea of fixation in the context of behavior. What happens when we become so attached to our own thoughts, opinions, and beliefs that we’re no longer able to put them aside or have any others? How can we get out of this pattern?

Not knowing can be uncomfortable

Consider what it would be like to enter the world with no knowledge of what things are like. Everything would be new, vivid, and unfamiliar. You would lack a sense of which phenomena are likely to hurt you and which are safe. Over time, familiar patterns would emerge, and you’d learn which are safe and which are unsafe.

Of course, in this new world, you would still encounter unfamiliar things that, in the absence of other information, you would reasonably tag as unsafe until experience proved otherwise. This “not knowing” can feel uncomfortable or even unsafe in some situations. Is the strange sound in the night just the natural noise of an old building or something more sinister? The discomfort of not knowing motivates you to find out.

Experiencing the unfamiliar as uncomfortable is a reasonable habitual mechanism because it drives you to make the thing you’re experiencing familiar—to map whether it is safe or not, and make it part of your known inner landscape of how the world works. It also serves as an energy-saving device: if you can correlate something in the world to a familiar experience, you don’t need to go to the effort of figuring out whether it’s safe all over again.

But while this mechanism may be appropriate when exploring new physical territories, it can go astray in today’s world of ideas. When it comes to solving a problem in a team meeting, not knowing doesn’t necessarily imply danger, yet the urge to resolve the uncertainty one way or the other persists.

I myself experience a low-level anxiety or inner pressure to make the uncertainty go away by asserting that the world is one known way. But the world doesn’t work like that. It’s full of volatility, uncertainty, complexity, and ambiguity—and pretending otherwise just obscures the reality.

If you want to optimize for your potential, you have to optimize your body. The best way to do that is measure and understand exactly what’s going on in your blood and DNA with high-quality lab work.

That’s where InsideTracker comes in.

If you care about optimizing your performance in your business—and in your personal life—InsideTracker can help.

Find the treasure in the unfamiliar

I’ve written previously that you can only respond to what you notice. One effect of experiencing something as familiar is that it engenders a tunnel vision that closes off other possibilities. While tunnel vision can provide its own sense of comfort, being unable to notice new possibilities can cause you to miss opportunities, or encourage you to walk into dangerous situations while thinking they’re safe.

Let’s say you’re a hunter-gatherer in a previously undiscovered patch of land, and you encounter a hive of bees. If you decide that these are stinging bees that produce no honey, like the ones you have at home, you might ignore or avoid them. This might be a correct assessment, but it might not be, and you might miss the bounty of honey guarded by stingless bees.

It’s a simple example, but it’s applicable to many daily experiences. If you believe that the investment will be good, you might do less due diligence. If you know for sure that your colleague dislikes you, you might decline a genuine offer of help. And if you’re convinced that you know where you are, you might struggle to ask for directions.

The trick to being able to notice the treasure in the unfamiliar lies in noticing that it is unfamiliar in the first place, becoming comfortable in that experience, and interrupting the tendency to make it familiar by asserting that things are a certain way. As long as there is at least some felt sense of “I don’t know for sure,” you’ll be better able to notice valuable things in the world that don’t align with the expectations that derive from your certainty.

The Alexander Technique, which I teach, is a skill that helps people get out of exactly these kinds of fixed, familiar patterns. John Dewey, the American philosopher and educational reformer, was reported to have commented on the Alexander Technique, which he learned from its originator, F. M. Alexander. In his book Freedom to Change, Frank Pierce Jones wrote (emphasis added):

“Dewey considered that the Alexander Technique provided a demonstration of the unity of body and mind. With progress as a pupil, he reported an improvement in his vision and in his breathing and in ability to hold a philosophical position calmly with ability to change it if new evidence warranted.”

Dewey recognized the importance of the ability to avoid getting caught up in a position and change it easily if needed. Here are some Alexander Technique-inspired ways to undo this tendency.

“Withhold definition” when faced with this kind of unfamiliarity.

[Note: This term originates from Alexander Technique teacher Tommy Thompson.] Learn to notice that internal pressure to adopt a familiar, certain position and gently step back from it. Stay in the experience of unfamiliarity and, with time, learn to find a sense of ease and safety within it. This opens up the possibility of holding multiple, possibly conflicting perspectives at once and being comfortable doing so.

Pay attention to your awareness, or your capacity to notice the world around you. Awareness of the world tends to recede the more you fall into strongly held notions that you know the right answer, which prevents you from seeing that things might be another way, or even that you’re in this position in the first place.

When you catch yourself experiencing tunnel vision, consciously decide to zoom out. Take in more of the world around you, and bring back into your awareness the idea that you might not be correct or that there might be options you’re not seeing. Being available to possibilities other than your current one, even if only to a small extent, is a powerful way to release yourself from this bind.

How can you move forward if you’re not sure which way to go? The answer is to proceed in such a way that you could change your mind at any time.

Epistemic humility is an idea in the philosophy of science that recognizes that our understanding of the world is an incomplete and distorted picture of how things actually are, and encourages us to act and think accordingly. It doesn’t mean to abandon scientific inquiry altogether; it means to pursue scientific inquiry while remembering how much you don’t and can’t know.

Or as Socrates put it in Plato's Apology:

“Well, although I do not suppose that either of us knows anything really beautiful and good, I am better off than he is, for he knows nothing, and thinks that he knows; I neither know nor think that I know.”

The way to practice epistemic humility is to avoid forgetting that you might be wrong. More than that, though, it’s to know it in such a deep and embodied sense that it influences your thoughts and actions at all levels. You can still believe something to be true and act accordingly, as long as the fact that it might not be stays in your awareness. In fact, the strength of your belief can be independent of the belief’s stickiness, but for most people, the strength of the opinion causes it to be tightly held.

In the same way, you might recoil from the idea of non-attachment in Buddhist thought because you feel this implies that you can’t love, like, or otherwise care about anything, instead floating through the world, unaffected. I don’t think this is what it means. It’s possible to be strongly involved with something while still knowing that it will, for sure, go away—that it’s impermanent. The fact that the rose will die does not mean you can’t savor its aroma deeply, but if you deny that it will die at all, you will inevitably incur suffering.

Imagine how differently that team meeting would go if everyone in the room were able to operate like this—coming up with ideas and setting them out forthrightly, but also entertaining other ideas or letting go of theirs without difficulty. My contention is that it would be far more effective and creative, but don’t take my word for it: I encourage you to go and test it for yourself.

If you want to dig deeper into some practical steps to help you become comfortable with uncertainty, I teach an affordable self-paced online course on the Alexander Technique. (That’s an affiliate link for Every, by the way, and if you’d rather not click it, here’s a non-affiliate link.) You can also ask me questions on Twitter.

Thanks to our Sponsor: InsideTracker

This essay is brought to you by InsideTracker, a personalized nutrition platform that analyzes data from your blood, DNA, and workouts to help you optimize your body for peak performance. 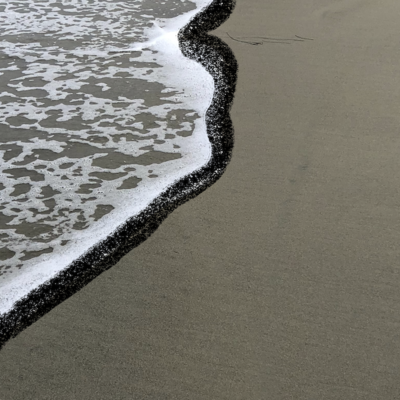 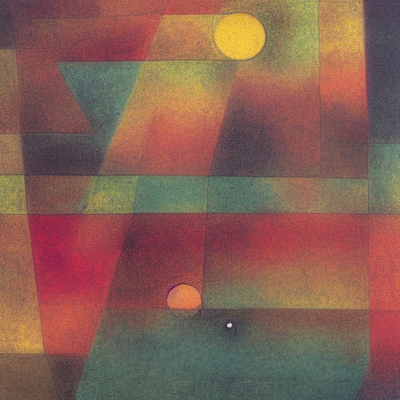 Exploring the Domains of Awareness 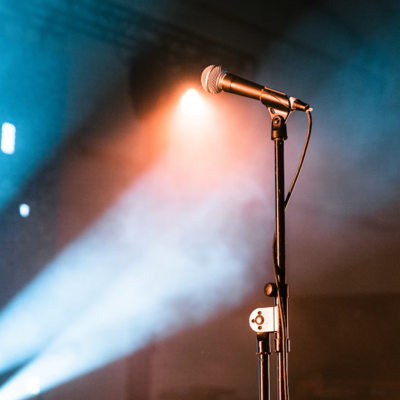 Want to Improve Your Public Speaking? Develop Your Awareness Skills

Practical tips to help you connect more deeply with others