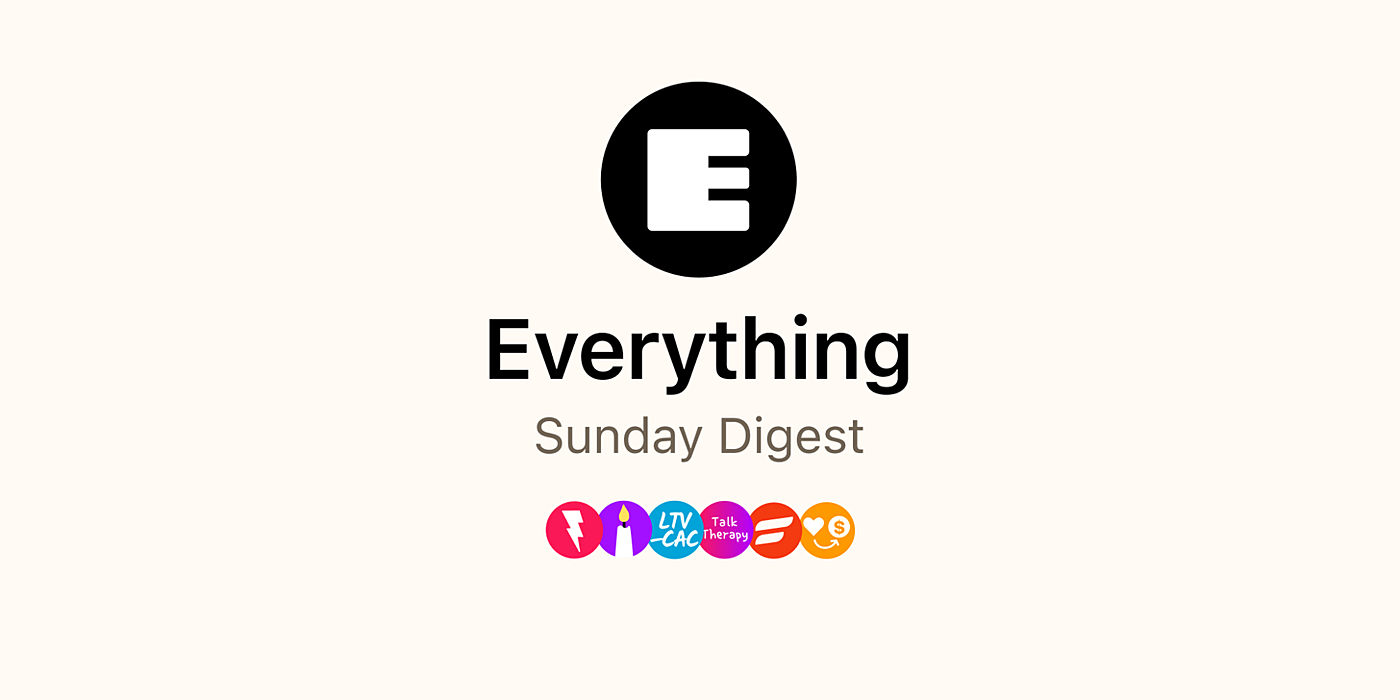 Right now, Best Of lists are confirming or inflaming opinions on movies, music and the like, or alerting audiences to new obsessions. Article roundups are bringing second waves of attention to the best writing readers have devoured or missed. News outlets are looking at everything they’ve covered, either to tell us what the world was like before it turned upside down, or to remind us that things were already their own kind of crazy in the early months of this year.

Of course, that’s been the case in end-of-year media for quite a while. But in 2020, the look-back wave has been more pronounced than usual. That makes sense: everyone needs to process a year we know we can never forget, and mostly wish we could.

In that spirit—and because we’re (jolly) contrarians—this week’s Digest looks forward, not back, because we’re still making new stuff even as the year winds down. That’s what we’re delivering here: the original news, analysis, and insight we packed the Bundle with this week.

We’ve got a systems-based explanation of why a certain founder was right to say “Content Is King” 15 years ago; a tasty ride through a novelist’s randomness-based organization system; plus analysis of seven days of news that didn’t let up in reach or scale, from a landmark legal decision to a game launch-turned-fiasco. Oh yeah, and a little thing called Substack Reader.

So if you’re a little bit exhausted from thinking about all of 2020, come read about one slice of it—but if you’re looking for roundups, don’t fear! Watch this space next week for a Holiday Reading List from all of the bundle writers.

Till then, read up.

The lowdown on this week’s output, including 6 articles, 3 podcasts, and 2 live conversations.

If you listened to the most recent Talk Therapy (see below), you know Nathan stayed up pretty late to write this. It paid off—just like the “increased investment” of the biggest media companies invariably results in “increased success,” as he writes in the first section of this deep look at the media industry. Using Hamilton Helmer’s 7 Powers to rebut the conventional VC wisdom that “media is a bad business,” Nathan offers both a comprehensive portrait of what crowns a content king, and a great reading of Helmer’s theories for the unfamiliar. 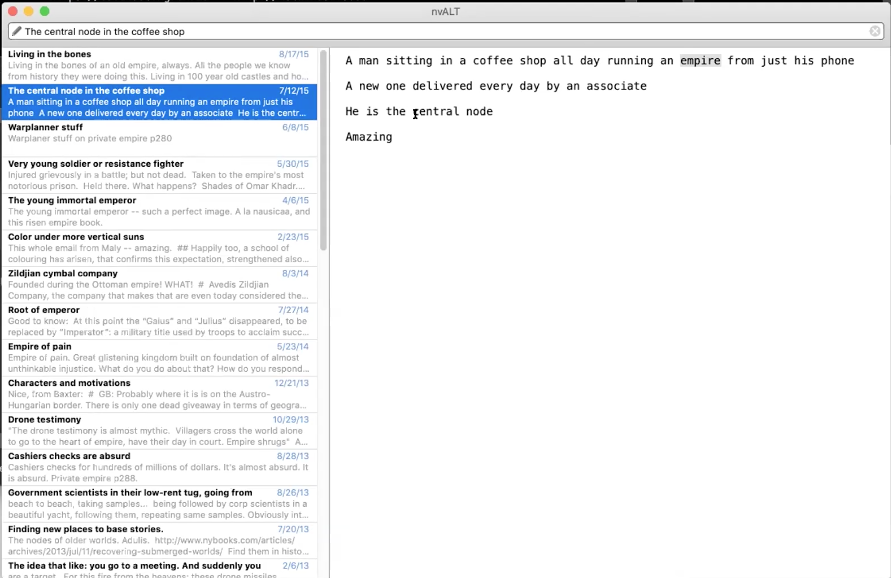 If you’re a fiction author or olive grove owner, and have been waiting for either of those categories to be represented in Superorganizers…well, how about both? The organizational methods used by Sloan, the best-selling author of Mr. Penumbra's 24-Hour Bookstore, are unusual for one main reason: they rely on randomness. Read this to find out how Sloan’s “Rube Goldberg-y system” turns years-old notes into crucial—and, yes, tasty—pieces of inspiration. Then check out his oil.

🦠 The Data Kingdom of Jeremy Singer-Vine

by Sherrell Dorsey and Annaliese Griffin in Free Radicals

Free Radicals’ web of progress-minded guests widens with this week’s conversation between Sherrell and Singer-Vine, the investigations data editor at Buzzfeed News. Focusing on the “intellectual generosity” of sharing data through his newsletter and Pulitzer-nominated investigative reporting, the conversation is a must-read for data pros or newbies who might want to learn programming in their spare time, as Singer-Vine did. As he tells Sherrell, data can be a change-making tool for transparency, reusability, and accountability.

This quick hit of actionable advice from “the friendliest man on Twitter” is a balm for anyone who’s experienced outrage or burnout on the platform—so, most people. Author and Twitter celebrity Visa Veerasamy, though, pushes through that sort of negativity by staying in touch with a younger version of himself, one who craved online connection and found it with the blue bird. For more, including a behind-the-scenes look at what drives Visa to tweet and how he decides what to say, check out this Action Item.

💝 Side Hustle or Job Replacement? What Platforms Like Poshmark are Really Providing

The latest MOC News Roundup bears Li and Nathan’s takes on trying to make a full-time living off a platform designed for side hustles; David Dobrik’s latest cash machine; a newsletter database that’s delivering previously-private information, including subscriber counts; and much more. As always, this is the weekly letter to read if you’re trying to stay up on the passion economy—which you should be.

This week, Nathan continued following two unpredictable sagas, with a strange sale by HBO Max (an anime streamer) and a wild pivot from Axios (a newsletter creation tool). On the “overdue” side of things, he writes, “Twitter seems to have hit the ‘reset’ button on their live video efforts” by shutting down Periscope and replacing it with a new, relatively unknown chat app. These are the best bullet points around, and you can read them faster than it usually takes HBO Max to actually load.

Alternately a close look at the less-famous aspects of Helen Keller’s life and a dive into the chronicle of her journey into language, this week’s between Rachel and bundle writers used Keller’s memoir as a jumping-off point to discuss the crucial role that empathy plays in how we write about the physical world. A great listen if you’re looking to do some introspective personal writing in the final few weeks of the year—or if you just want to know more about Keller’s streak of political activism.

Check out the TLC homepage tomorrow afternoon for the podcast of Friday’s conversation about eros, repression, and writing what it means to be alive!

From different angles, this week’s founder-therapy sessions both discussed the potential power of content, and how media companies can hope to capitalize on it. Wednesday saw the release of Substack Reader, and while Dan and Nathan applauded its existence, they each felt the platform’s newsletter-collection-and-discovery app would only become a serious plus with future updates. On Friday, Nathan walked Dan through “Why Content is King,” from the near all-nighter he took to write it, to the software theory that has serious relevance to the content world.

Means of Creation with Li Jin and Nathan Baschez

Substack’s Head of Writer Experience dropped by the live show last week to discuss the balance between growing and monetizing, how platforms can help their creators avoid burnout, and where some newsletter-ers should look to navigate the wild experience that is writing for an audience (hint: it involves the Rolling Stones). Nadia is on the front lines of the parasocial relationship between creators and fans; this was an MOC chat for the ages.

Friday’s conversation with hashtag inventor-turned Product Hunt guide Chris Messina will be up tomorrow on the MOC YouTube and Transistor pages!

News you might have caught or missed this week, with takes from Bundle writers.

On Monday, Pinterest agreed to pay former COO Françoise Brougher $22.5 million as a settlement for a gender-based discrimination suit alleging pay gaps, exclusion, and punishment for ultimately speaking up about both. The large sum and its public nature were cause for optimism amidst a slew of recent discrimination suits from female tech executives, but to Taylor Majewski, the decision is also a reminder that all complaints have yet to be heeded equally:

This is a win and also a huge loss. It certainly sets a precedent in how Silicon Valley handles gender discrimination suits—$22.5 million is a lot and settling the suit publicly is also significant (some have been settled in private, which doesn’t hold these tech companies accountable in the same way). I think it will signal to other companies that these lawsuits need to be taken seriously. The loss comes from the fact that two Black women, Ifeoma Ozama and Aerica Shimizu Banks, initially spoke out against racism and sexism at Pinterest (2 months before the COO), and they’re getting nothing. So maybe it’s a watershed moment for women in tech, but it’s still so disappointing that the settlement didn’t also benefit Ozoma and Banks in some way.

Cyberpunk comes out…and back in

The complaints that peppered twitter in the wake of the release of one of the most anticipated games of the year received a major response this week, as Sony announced it was pulling Cyberpunk 2077 from its Playstation Store and offering refunds to the game’s digital purchasers. Outrage and snark ensued, but Every’s resident gaming expert Bryant Jefferson had a slightly more measured take:

I think I speak for most in the industry when I say I have sympathy for how difficult game development is, especially during a pandemic, but they never showed Cyberpunk on the previous PlayStation and Xbox, and it’s abundantly clear it wasn’t ready for those consoles. It should have been released on PC, where it’s genuinely terrific, and delayed on console.

The Rest of the News

Our favorite reading from everywhere that isn’t Everything

Building the Middle Class of the Creator Economy 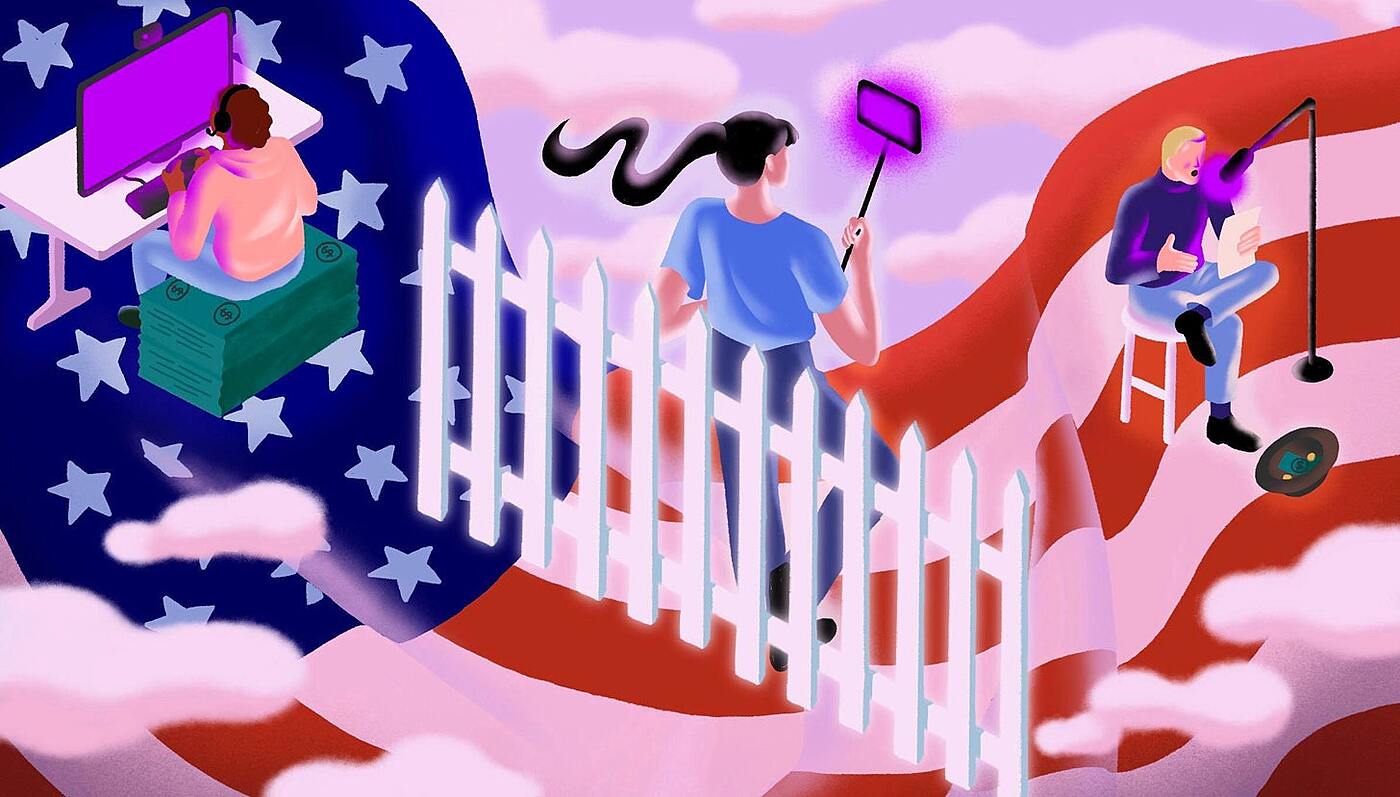 Li Jin has a genuine hit on her hands with this essay, published both on her newsletter and in Harvard Business Review. “On most content platforms today, the ethos of the American Dream is alive and well,” she writes, but financial stability from a YouTube or TikTok career has yet to become a democratized reality. As usual, Li is equipped with a handful of possible solutions. You’ll have to read the article to find out what they are, and trust us—you’ll come out feeling a true sense of possibility.

The best study of Clout you’ll read this week:

Substack Reader is going to launch a lot of careers…

Anything you’d like to see more—or less—of in the Digest next year? Please let us know!