I hope it becomes a new paradigm for the creator economy

This week I heard Spotify had announced some new features to enable paid podcasting on their platform. “Cool,” I thought, “but fairly straightforward and predictable.”

Boy, was I wrong!

My initial (lazy) read of Spotify’s announcement was that they were letting podcasters put episodes behind a paywall in their app, kind of like what Apple just announced, but higher friction since they need to avoid in-app payments in order to avoid the Apple 30% tax.

And, to be clear, they are doing that. But they’re also doing something way more interesting called the “Open Access Platform” which I think represents a new model for the creator economy that other platforms could copy and, if we play our cards right, could unlock a new wave of growth for creators, collectives, and publishers of all sorts.

Here’s how they pitch it:

Are you a creator or publisher who has subscribers elsewhere? We’re also working on technology that will let your listeners hear your content on Spotify using your existing login system. This gives creators with existing subscriber bases the option to deliver paid content to their existing paid audiences using Spotify, retaining direct control over the relationship.

The way this works is really simple, technically, but pretty amazing, strategically.

Let’s say you’re the New York Times, or The Athletic, or Ben Thompson—anyone with a paid subscription content business. You will soon be able to build an integration that lets your subscribers connect their Spotify account to your system, which will let them listen to your subscriber-only content inside Spotify, while costing you $0 and allowing you to retain complete control over the customer relationship. All you need to do is use an open standard called OAuth that every web developer is already familiar with. Sounds pretty good!

This is a big step forward for paid audio. Right now, if you want to charge subscriptions in exchange for audio content, you only have three bad options:

This new option from Spotify lets users tap a few buttons to get their paid audio in their Spotify app while you get to control the customer relationship. It’s the best of all worlds: ease of use, in an app with scale, using your existing subscription relationships. I’m suprised there hasn’t been more buzz!

Ben Thompson has already announced that he’s in, and will be bringing his subscriber-only audio content to Spotify using this method as soon as it’s ready. He uses Memberful, which is owned by Patreon, so I woudln’t be surprised if we see those platforms build in support for all their users. Likewise, I bet Substack, Ghost, Glow, SuperCast, and any other platform for paid content will also build integrations. This will be huge for the burgoning economy of solo publishers, many of whom are writers that also want to have discussion podcasts that will add new value behind the paywall and are frankly easier to create than writing :) And perhaps it will spur more of the existing podcast community to experiment with subscriptions, rather than solely relying on MeUndies and Squarespace to fund their operations 🙃

On the big publisher front, this feels like a boon for the NYT, WaPo, Economist, FT, Bloomberg, Conde Nast, etc. They’re all trying to grow their subscription businesses, and they all have podcasts. The only problem is that their podcasts pretty much have to be free, because the friction to offering paid audio is just too high. Sure you can side-load an RSS feed manually into most podcast apps, but nobody knows how to do that. This might be the nudge they need to dip their toe in the paid audio waters. Spotify has 345 million monthly active users, and they deeply care about aggregating as much of their audio habit as possible—even if that means delivering premium content from publishers that Spotify sees $0 from. My bet is that they’ll make it as frictionless as possible.

So obviously I am somewhat excited about this. But beyond my own excitement as a commentator and publisher, I think this is deeply interesting and suprising, strategically. While the competition (Apple) is focused on controlling the experience and customer relationship end-to-end, Spotify is choosing to conform to publishers existing subscription relationships, rather than demanding that publishers to conform to some in-house system that Spotify developed. On the surface, this seems like a weak move. There’s no revenue or take rate! There’s no lock-in! But I actually think this is incredibly smart.

Spotify’s goal is to be the icon you tap when you want audio. You’re about to walk out the door, you put in your headphones—what happens next? Spotify understands that the most important thing for their business is that you tap their icon without thinking. This means they need to have everything you might possibly want within their system. That means music, obviously. But also podcasts, live audio rooms, and audiobooks. By building support for publishers to offer paid audio inside Spotify using their existing tech, Spotify is smartly enlisting publishers as partners towards their quest of making Spotify the default destination for audio. Sure, they won’t monetize it directly, but the indirect revenue they’ll get from overall increased stickiness and usage over time will more than pay for the miniscule costs of building in an OAuth integration for publishers.

This is a model that Apple and all other podcast apps should adopt. It’s a more secure and convenient alternative to the private RSS paradigm that we’ve all used to date.

But it’s not just audio that can use this. I can imagine YouTube, Twitter, TikTok and really any other content platform adopting a similar paradigm. This would be a fantastic way for creators to own the subscription relationship with their fans while still getting the benefits of having their content available in an aggregator that owns people’s top-level habits. It’s genius, if you ask me.

I’ve never met Daniel Ek, but I hear he’s a strategy nerd. If so, it shows! 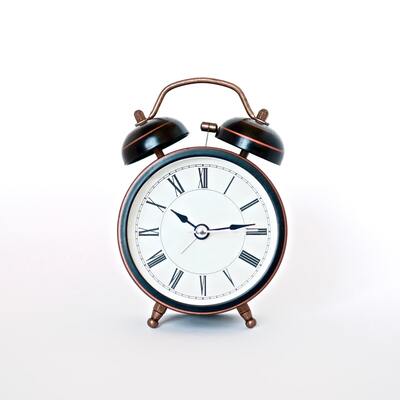 And here is the beginning of the end of the golden age of podcasts, where you could find hundreds of hours of great content for free... I understand that you, as a content creator, are excited, but most of us, the consumers, don't enjoy learning there are now wonderful new ways to get into our pockets.

Nathan Baschez about 1 year ago

@cohenamit Believe me, I totally understand! Hence what we’re trying to do here with bundling 😅

Nathan Baschez about 1 year ago

@cohenamit Believe me, I totally understand! Hence what we’re trying to do here with bundling

@nbaschez Indeed, that sounds like the better solution.
Micropayments sound fair in theory, but it's easy to get out of control :)

@cohenamit if you pay for Netflix, or any other CaaS, why wouldn't you pay for smart conversations that bring you value?

Bach about 1 year ago

If I remember correctly, Apple is also doing something similar with the Apple News app where subscribers to The Washington Post or The Economist can log in with their respective accounts to read paywalled content within the Apple News app.

Richard Patey about 1 year ago

This is huge news, bought $SPOT on the announcement!