How Clay Christensen’s failure helped me process my own

A eulogy for a larger-than-life thinker

On Thursday, January 23rd one of my intellectual heroes, and one of the all-time great thinkers in business strategy passed away.

It feels weird to eulogize someone I never met—but that’s the power of writing. I spent so much time with his words, I feel like I know him, and the impact he made on my life couldn’t be more real.

So, to honor Professor Christensen, here’s a little-known story from his past that helped me grow as an entrepreneur. 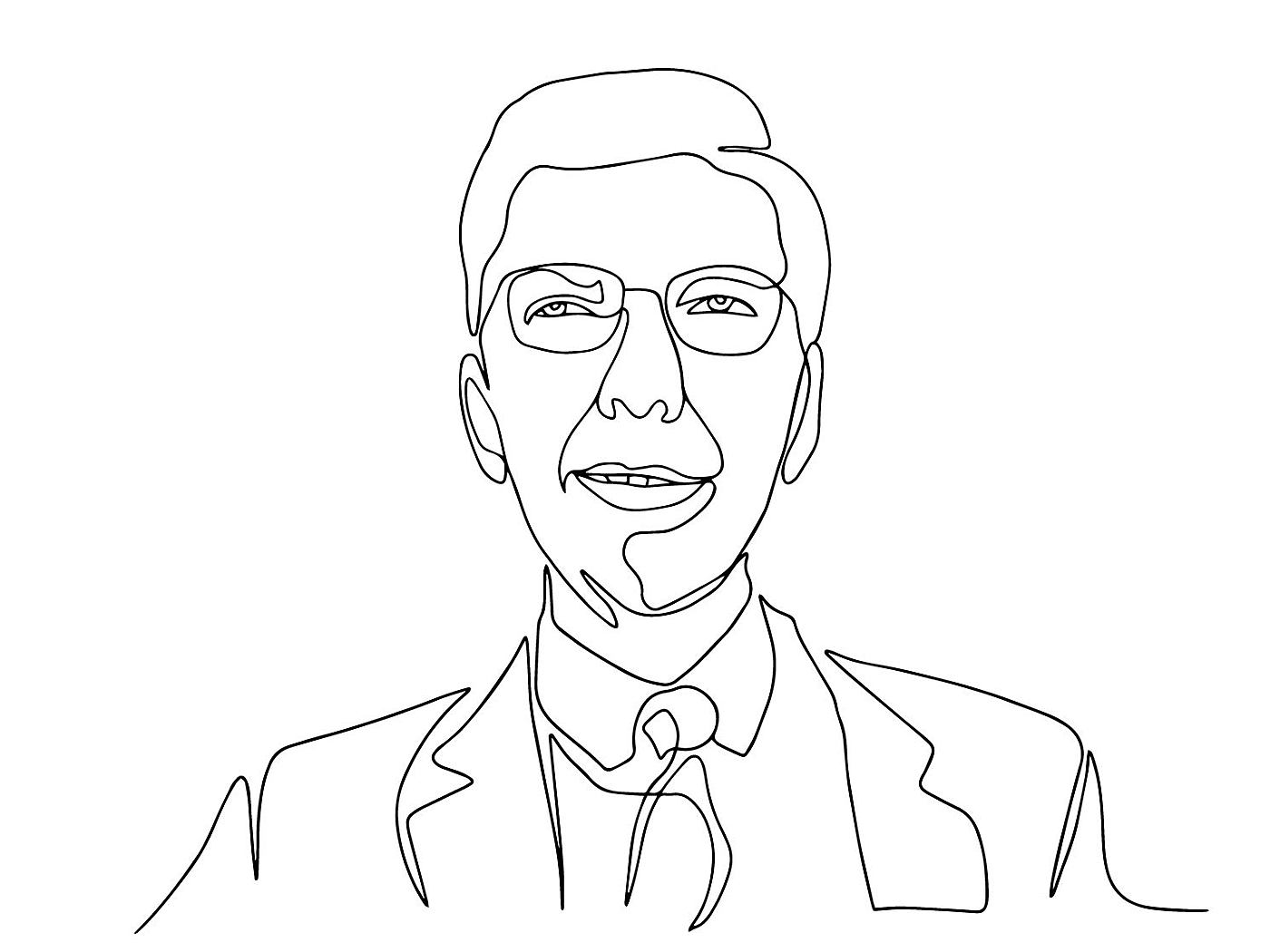 When I think about Clay Christensen, I think about the warmth of the basement studios at the old Gimlet Media office in Gowanus, Brooklyn.

I joined Gimlet in the summer of 2017 after my startup ran out of cash. It was called Hardbound. We had thousands of paying subscribers that loved our visual “tap stories,” and Apple even called our app “beautiful,” but, ultimately, we weren’t growing fast enough to raise money or cover production costs.

So, the company failed.

After I joined Gimlet, I missed making stories every day, and went on the hunt for a new creative outlet. Graciously, my boss Matt Lieber allowed me and my friends to commandeer a spare recording studio for our own purposes in the evenings.

Our plan was to create a podcast exploring Clay Christensen’s work. We’d prepare by reading chapters from his books, and gather over beers every Monday night to have a conversation about his ideas, to try and relate them to our own experiences building businesses.

I soon realized I had a lot to talk about.

Shutting down Hardbound was painful. I had to lay everyone off, which was surreal. I tried to help them find new work, but I still felt terrible for the hardship I knew my failure was causing. Personally, I was also running out of cash.

A week later, I realized I had to break the news to all our customers and friends, so I wrote a dazed post on Medium explaining the situation. That elicited a helpful flood of support, but I still had a lot of unresolved emotions weighing on me.

In the recording studio, I was finally able to let them out.

We’d sit down to talk about integration vs modularity, which would lead me down a rabbit hole talking about the value of integrating stories with design and interactivity, which would pull us into a bigger discussion about managing cost in a media business. After a couple hours and a couple beers, I’d take the subway home happy and exhausted.

When we decided to start the podcast, we didn’t know what it would become. We just wanted to spend time with each other and to learn theories of business strategy, like “disruptive innovation,” “the conservation of modularity,” and “jobs-to-be-done.”

But those conversations turned out to be much bigger than that. Yes, they helped me understand strategy and markets in a deeper way than ever before. But more importantly, they gave me energy. They reconnected me to my love of startups. And they even added a new layer to my identity: before, I only really cared about designing great products. After, I cared about designing great businesses.

I didn’t know how badly I needed this space to figure out what happened to Hardbound. But once we got rolling, I was all-in. I turned to theory as a way to understand my defeat.

Turns out, so did Clay.

As our sessions continued, I delved into Christensen’s deeper cuts. I read his earliest case studies, learned more about his biography—and a surprising story emerged. I don’t think many people know about it. For me, it’s been pivotal for my understanding of his life and work.

To set the scene: it’s 1984, Clay Christensen is a 32-year-old HBS grad, and he has just left his cushy job in Washington D.C. to start a tech startup with three co-founders from MIT.

The company is called “CPS Technologies.” Their mission is to commercialize advanced ceramics technologies that could be used in a variety of applications—everything from microchips to car engines to nozzles that dispense molten steel.

Christensen raises $4m in seed funding, and within a few years, word starts to get out about what CPS can do. They land prestigious contracts with elite institutions like DARPA, Alcoa, and GM. It feels like their technology might transform multiple industries, and could be the next big material (after the plastics revolution.)

But, despite all the hype and potential, they struggle. Their revenue mostly comes from contracts to create one-off prototypes and pilot programs. The theory was that some of these experiments would turn into scalable businesses, but none did. The losses keep piling up.

Ultimately, Clay gets fired by his board.

What happened? How did he handle it? What’s the connection between this chapter of his life and the next? Did it help him develop the theories he’s known for today?

There aren’t many interviews where Christensen talks about his time at CPS, so it’s hard to know the answers. But there is one with WIRED where we get a hint:

“I started to think, jeez, is this really what I want to do for the rest of my life? I think the CPS board was asking itself the same question. They fired me, and I'm so glad they did.”

It’s funny how sometimes getting fired is the best thing that can happen to you. After he parted ways with CPS, Clay decided to go back to school, and entered the doctoral program at Harvard Business School. It was there that he created his life’s work.

One of his first published papers was a case study on his former company, which was still operating under new management. I was really interested in reading it, because I wanted to know more about what happened to his startup, but for some reason, that case isn’t available to read today.

So I kept digging.

I worked through his other early case studies, and found one about a fictional company—”Materials Technology Corp”—that bears a striking resemblance to CPS. When I started reading it, I audibly gasped: it was a memoir in disguise!

Finally, I was going to find out what happened at CPS.

The case features a protagonist named Spencer Quinn, who is CEO of a ceramics company. (Christensen has a son named “Spencer,” and his wife’s maiden name is “Quinn”.)

In it, Clay  is preparing for a difficult board meeting, and gets into a disagreement with his VP of Marketing, a guy named “David Bennett” (presumably a stand-in for CPS’s “Grant Bennett” who took over as CEO in 1992, the same year this case was published.)

Clay thought the company should focus on their unique technology, and apply it in a variety of markets. He’s excited about the new “molten steel nozzle” business, and wants to divert resources towards it.

“David” thinks the only way to actually solve customer problems and achieve profitability is to focus on a single market. He argues that they should forge ahead with the “microchip substrate” business, because even though it seems tough now, they’ll likely run into similar difficulties with any business and need to learn to plow through them.

The next day, the board meeting is tense, and ends on a tough note:

“One board member privately confided that he wondered if [Clay], a former consultant, “was really up to running an operating company” like MTC. Rather than immersing himself in the detail of the substrate product’s challenges, he was going off in search of an “easier” solution.”

Not too long after that, Clay got fired.

Learning this story was a major moment for me.

The first thing I noticed was the uncanny parallel between CPS’s struggles (to find an application for their ceramics technology) and Hardbound’s (to find an audience for our storytelling technology).

But more importantly, it was the first time I got a sense of Clay the human, not just Clay the strategy thinker.

His life’s work clearly happened at Harvard Business School. But before that, he was a struggling startup CEO, trying to compete in a world dominated by giant corporations. And it’s important to draw a connection between the two.

(It’s hard not to, when you consider that his research now serves as a playbook for startup CEOs everywhere!)

It reminds me of a thing one of my other heroes said recently: “You aren't just working on the thing you're making right now, you're also working on everything you will ever make in the future.”

The ordinary, sometimes frustrating moments you’ll experience today are preparing you for everything you’ll ever do.

We never ended up shipping that podcast. It was just too disorganized compared to the thing we had in our minds when we first began. But we did end up switching the idea slightly and publishing it as “What Actually Works.”

Since then, my podcast friends ended up both being groomsmen at my wedding, and I’m working with one of them on a newsletter business now. (You’re reading it! 😉)

Even though it’s only been three years, I feel decades older than I was when we started reading Clay Christensen together in those warm basement studios at the old Gimlet Media office in Gowanus, Brooklyn.

But I don’t feel cynical. I just want to keep building things that help people make themselves smarter. And more often than not, it feels like I’m on the right track.

For that I have to give no small credit to Clay Christensen.

I never got to meet you. But I can’t thank you enough for everything you’ve done. Rest in peace. 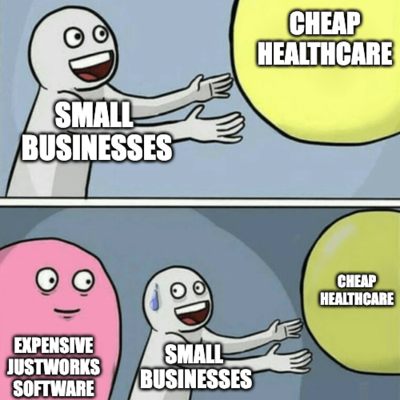