An introduction to the waste management business

Unsexy? Sure. But possibly a great investment!

The waste management business isn’t hard to understand conceptually, though to get a felt sense of the territory probably requires a bunch of ground level inside knowledge because the competitive dynamics differ so much by market. Still, the publicly traded US and Canadian majors (WM, Republic, WCN, increasingly GFL) are the byproduct of literally thousands of small collection and landfill outfits rolled up over decades, with many of those entities roll-ups themselves…so, from an investment perspective, I think you can average over a lot of the nuances and arrive at a usable coarse-grained assessment, which is what I hope to provide here.

If asked to think of a business that I am near certain will still be around 50 years from now, waste management would be on that list. You don’t have to worry about this industry ever being obsoleted away. We’ll always need companies to collect our trash and dispose of it safely. 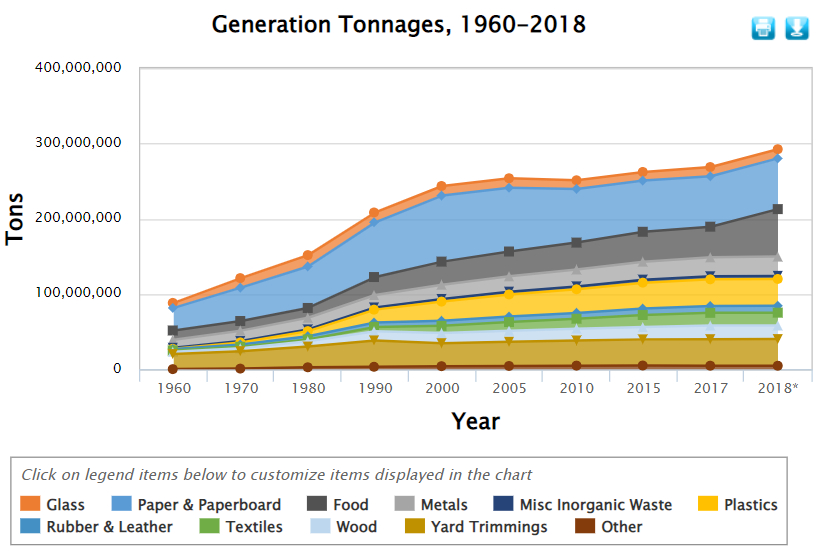 Volumes are economically sensitive but profitable and resilient. In 2009, their worst year in at least 2 decades, Waste Management and Republic still managed to produce ~25%-30% EBITDA margins on volume/price declines of -8%/-4% and -10%/-1%, respectively. During the peak COVID quarter of 2q20, their margins were barely dented on 7% and 10% organic revenue contraction. Over the last 2 years, pricing contributed ~4% to GFL’s organic growth, volumes another ~0.5%-1%. From 2013 to 2019, Republic’s core pricing/volume averaged 4%/1% and WCN’s averaged 3%/1%. So 4%-5% organic growth (excluding fuel surcharges and FX) seems about what we should expect for the vertically integrated public majors over time, and with some operating leverage maybe that translates into ~6%-7% organic EBITDA growth.

Waste management has two parts to it: collection and disposal. On the collection side, men drive around neighborhoods in trucks picking up trash and transport that trash to a nearby transfer facility or landfill. It addresses two types of customers:

Residential volumes carry the lowest EBITDA margins, somewhere between 20% and 25%, but they are very sticky and secured under long-term contracts. Commercial volumes have much higher margins, somewhere between 30% and 40%, but also churn at ~9%-10% vs. maybe low-single digits in residential. Industrial is like Commercial as far as contracts go but are more cyclical and lower margin.

In some markets, residential and commercial volumes are tied to a single exclusive contract awarded by the municipality or county. For instance, WCN gets ~40% of its revenue from franchise markets in Western states, where they have a monopoly on all residential and commercial waste pickup under 10 to 25 year contracts under which they pay a 5% royalty revenue to the jurisdiction, with pricing pegged to local CPI. Republic has a similar arrangement in Las Vegas. Barring a major screw-up, these contracts never come up for renewal. The only way to break into these markets is through acquisition.

In both resi and commercial, consistent service is the most important consideration when choosing a trash collector. City officials don’t want to field missed pickup complaints from angry voters and local restaurants don’t want fumes from piling trash heaps greeting customers in the parking lot. But there aren’t many ways to differentiate on this vector. So long as a hauler shows up on time and doesn’t leak garbage juice everywhere, volumes stay put. Businesses aren’t trying to squeeze every last bit of savings from a negligibly small cost item and municipalities really don’t want to re-bid contracts, a process that can take up to a year and disrupt service for thousands of residents. Hence, Waste Management and Republic retain more than 95% of their customers every year.