Everything we published this week + an invitation to our new community!

Spring is here. We wanted to put an exclamation point at the end of that sentence, but worried it'd read too much like an ad. Plus, "spring" means something different depending on where you are. We love that about our readership—and this week, we tried to match its global scope with the range and depth of the writing we published.

There's an honest, insightful, and truly helpful look at creator burnout from someone who's experienced it alongside success; the story of a pandemic-borne business that's making big strides in representation and sustainability; a mini-handbook for freelancers looking to be paid what they're worth; and plenty else we don't want to spoil here.

These are major reads—and, as always, we've collected some other great ones from around the web. So sit back, read up...and don't forget to take us up on our invitation to join the new community we're building! (you'll have to scroll down for that one.)

YouTuber Matt D'Avella has made a career out of understanding how to strip life down to its bare essentials—just look at his new Netflix documentary, The Minimalists: Less is Now. But, as he explains in this look behind the scenes, he spent so much time studying metrics and building his audience that he overloaded himself with goals. Here, he explains how he streamlined his responsibilities to himself, from narrowing his output and todos, to setting "slow goals" and month-long challenges for himself. D'Avella's story of handling success in a healthy way is a great reminder that taking a step back can sometimes be your best strategy.

Did you know that the U.S. takes on 30 million pounds of synthetic hair each year? Ciara Imani May did—which is part of the reason she founded Rebundle, a plant-based hair extension company that offers its own recycling service to customers once they're done using the product. The other, equally crucial reason has to do with representation: May wanted to bring Black ownership to a product made for Black people—a dynamic that is far too rare in the industry. As she tells Sherrell, building a company in the middle of the pandemic "was the best time to bet on myself." For more on her sales and brand strategy, taking hold of the supply chain, and introducing a much-needed new voice to the sustainability industry, read this interview.

by Michael Ardelean in Superorganizers

In this excerpt from his upcoming book The Art of Money, BMX biker-turned-designer (!) Michael Ardelean lays out six key rules for anyone looking to strike out as a business of their own. This goes way past just making your own LLC—it has to do with determining how much you're worth, and choosing how to receive exactly that as payment. Freelancing is often more complex than it may seem, particularly if it's the main way you're making a living. So read Michael's article, and then check out the whole book.

Mario Gabriele of The Generalist joins Li this week for MOC's roundup of news from the passion economy, covering the Square acquisition, a quasi-union effort in the upper echelons of Clubhouse, a possible creator exodus from LA, and plenty more.

Since the early days, before we had this pretty new website, we've loved receiving comments, questions and feedback from our readers. Now, we're looking for a way to formalize the community that's been such a joy to build and watch grow. So we're building an online space where you can interact with us, contribute to our work, and learn from and meet new people who are interested in all things business and strategy.

Sound good? Head over to the survey at the link below to tell us why you'd like to join our community—and what you'd hope to get out of it.

Join the Every Community Waitlist

You've likely heard the story by now: A recent acquisition by a media giant. A Zoom meeting with an unfortunate password. Then, an unprecedented number of layoffs, communicated in bizarre fashion. The news about the abrupt, BuzzFeed-imposed staff cuts at HuffPost has been circulating for the better part of the last week—and, as Alex Shephard wrote, "there is still no sense yet of how BuzzFeed-HuffPost plans to compete with the Times and the Post for a place in the daily media diet of the average reader."

For Technology Review, Karen Hao has written an exhaustively reported expose on Facebook's "Responsible AI" team. Formed in wake of the Cambridge Analytica scandal in 2018, the team was extended to Hao by Facebook as a study in identifying problems and making change—with a catch, she learned: they were focused on talking up their efforts to curb algorithmic bias, and had little to say about fighting misinformation. Hao holds Facebook's feet to the fire, with clarity, fairness, and a keen eye on why "everything the company does and chooses not to do flows from a single motivation: Zuckerberg’s relentless desire for growth." 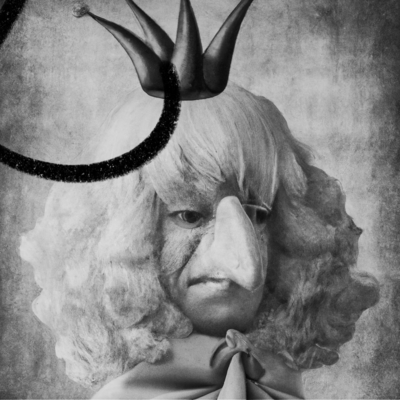