Ever notice product placement in sci-fi blockbusters? Not the Reese’s from E.T.—we mean the future: IBM’s eerily accurate FaceTime setup in 2001. The airborne McDonald’s drive-thru in The Fifth Element. Wall–E’s first-gen iPod.

It’s easy to dismiss that as cynical advertising. But these monolithic brand presences are also hints at the business climate of imagined futures. Are the corporations we’re seeing the only ones left? What else survived? What got bought? Is everyone else in I, Robot obsessed with Converse, or is it just Will Smith?

Art doesn’t happen in a vacuum. So if we’re wondering where visions like these—of a select few massive companies dominating the landscape—come from, the present is a pretty good place to look. Take this week: on the heels of a mammoth publishing merger, Slack became part of Salesforce’s CRM monopoly and Amazon zeroed in on podcaster Wondery. As Nathan said on Wednesday’s Talk Therapy, “things are getting very consolidated.” So if sci-fi flicks start setting their eyes on workplace collaboration and audio storytelling platforms…we told you so.

One industry whose future is looking a little more turbulent this weekend? The movies themselves. Warner’s decision to put all of its big-ticket 2021 films on HBO Max the same day they debut theatrically seems like a precedent-setter. Almost every major studio now has its own streamer (or is one), so a large-scale shift in HBO’s direction is entirely possible. Talk about consolidation.

Actually, that’s exactly what we did this week. We talked about plenty more, too—from eCommerce and government restrictions to the weird fun-house mirror that is LinkedIn.

It’s all below—plus news, and our favorite reads of the moment. We hope you dig it.

The lowdown on this week’s output, including 5 articles, 1 podcast, and a live conversation.

by Fadeke Adegbuyi in Divinations 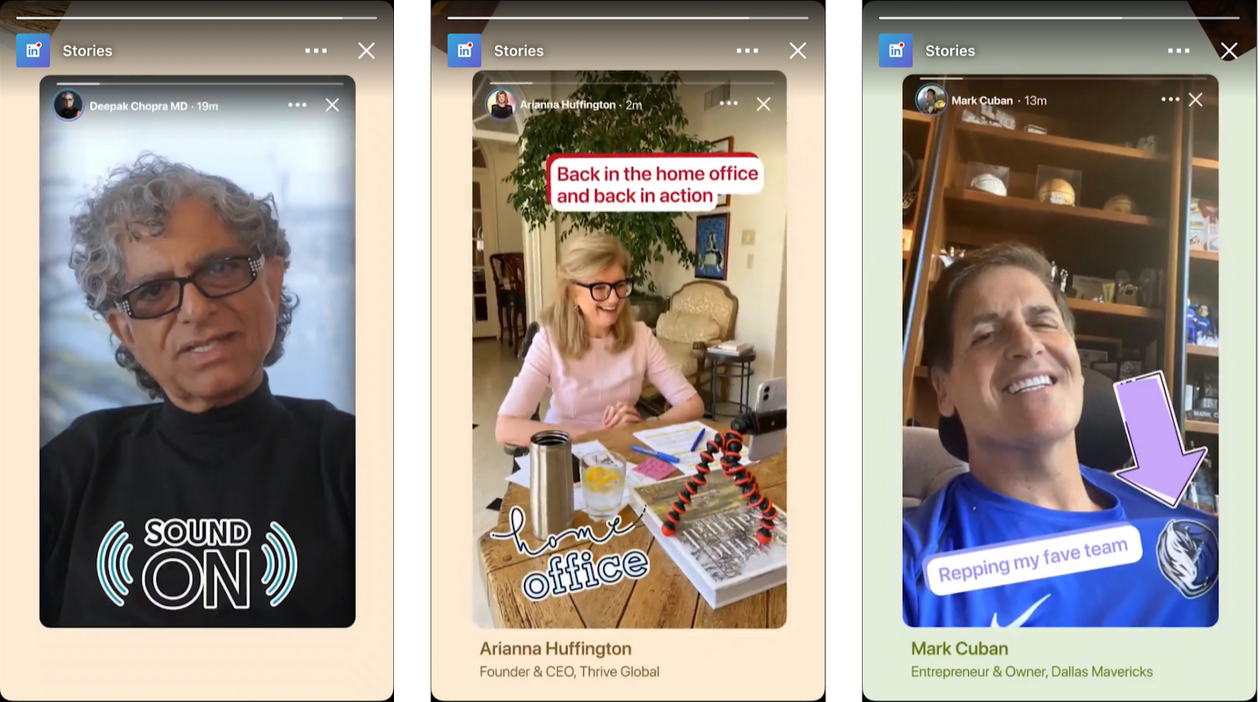 “LinkedIn is the fucking worst” — or so says Fadeke Adegbuyi in her first guest essay for Divinations. And we agree.

Have you ever exhausted your usual doomscroll rotation and resorted to LinkedIn as a last-ditch social network, only to find it riddled with inexplicable posts and even more bizarre features? Is that just us? Either way, you owe it to yourself to take this ride with Fadeke. Her comprehensive study of the various absurd phenomena spread across everyone’s favorite professional network is fascinating and hilarious—it brings a measure of insight to what is essentially “a collection of contradictions.”

📐 Should you invest in Wish? An S-1 Analysis

by Adam Keesling in Napkin Math

In anticipation of the suspiciously-cheap-discount app’s IPO, Adam wonders if Wish is approaching a growth plateau, brought on by vanishing subsidies and good old customer satisfaction. “It’s like Wish is running a government-subsidized non-profit dedicated to the noble cause of learning the most effective growth hacks on Facebook Ads,” he writes. Damn.

⚡️ Action Item: How to create a network from scratch

Usually, Action Items turns recent Superorganizers interviews into actionable bullet points. But this week, Dan delivered gems from a never before published interview with Ali Hamed, partner and co-founder of asset management firm CoVenture. Want to know how to maximize your chances for an email introduction, how many time windows to offer for meetings, or how to get a seat at the table with people you think are unreachable? Listen to Ali.

🔮 Three Shorts: Why Slack Was Willing to Sell 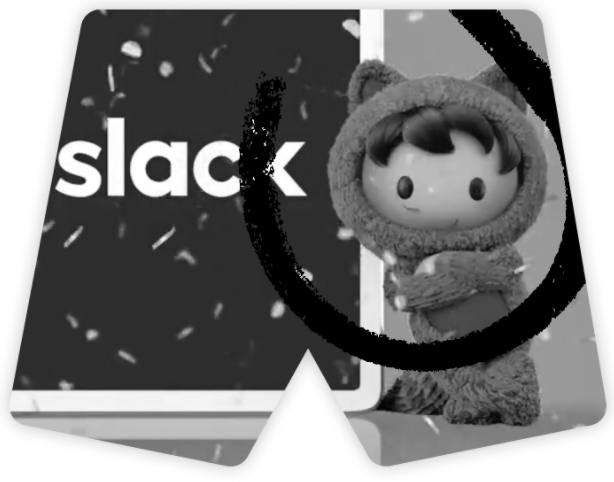 To get a clear read on one of this week’s biggest news items, Nathan asked Boldstart Ventures founder Ed Sim what Slack and Salesforce could each hope to get out of the former’s sale. He also looked at the App Store’s big hire, Josh Elman, and why German publishing giant Axel Springer is intent on buying U.S. media companies.

on Talk Therapy with Dan Shipper and Nathan Baschez

Taking his Slackspertise (sorry) to the airwaves, Nathan talked to Dan about the move toward consolidation, what a CRUD app is (not what it sounds like), and why the best way to get something built might be to let someone put it into their own product. Plus: why Dan wouldn’t wish the co-browsing experience on his worst enemy.

The latest batch of news from the Passion Economy—from how the Chinese government’s streaming regulations will affect monetization for creators, to Spotify’s attempt to hop on the story train—receives takes from Li and Nathan.

Check the MOC YouTube and Podcast pages tomorrow for the recording of Li and Nathan’s chat with Eugene Wei on all things tech and media!

On Wednesday, Google researcher Timnit Gebru, whose research and work on ethics and racial bias in A.I. have made her one of the field’s strongest voices, announced she had been fired for speaking out on censorship and inequity at the company. The media took note. The Bundle’s Sherrell Dorsey—who published a fantastic Free Radicals piece on driving diversity-based change last week—explained why that attention is important:

For more on Gebru’s work to address algorithmic bias in A.I., check out this piece by colleague and friend Joy Buolamwini—or Coded Bias, the documentary in which they’re both featured.

Li wants to give your side hustle a boost

This week saw the launch of a new notch in the Passion Economy toolbelt, courtesy of the Bundle’s own Li Jin. Side Hustle Stack is a directory for creators to find gig work, match their business ideas to the right platforms, and yes, expand their side hustles.

MerchWith, a new drop from Stir, has matched 22 creators—all collaborating with each other for the first time—to make some truly unique masks, with each pair of artists to splitting the profits. Nathan was a fan:

MerchWith is more directly related to Stir’s core business than their other drops. This illustrates what’s possible when you reduce the level of trust required to collaborate.

Stripe on Stratechery (or vice versa)

The payment-processing giant made headlines this week with Stripe Treasury, its banking-as-a-service API. But to Dan, where Stripe chose to announce the news was as noteworthy as the launch itself:

10 years ago it was really hard to imagine a world where, after a breaking news event, a large company gave primary access to their co-founder to an independent writer. But here we are—and for good reason. Ben Thompson has both better analysis and better access. He can explain what Stripe is doing in a way that no other writer in traditional media can, and that’s why he’s the person both readers and companies turn to in moments like this.

Come for the satisfying word alignment, stay for the killer insight:

This should probably put this meme to rest:

We need your help!

Hey! We’d love to make the Everything Bundle more useful for you. If you spend 5 minutes answering a couple of questions, you’ll be entered 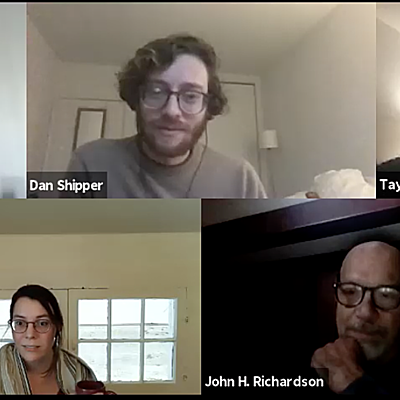 Hello and Happy Sunday! If you peek below, you may notice that this week’s index is a bit…Spartan. That’s partly because we’re rethinking th