Tear Down This Statue

While the U.S. reckons with its painful history, cities have an opportunity to reinvent public art 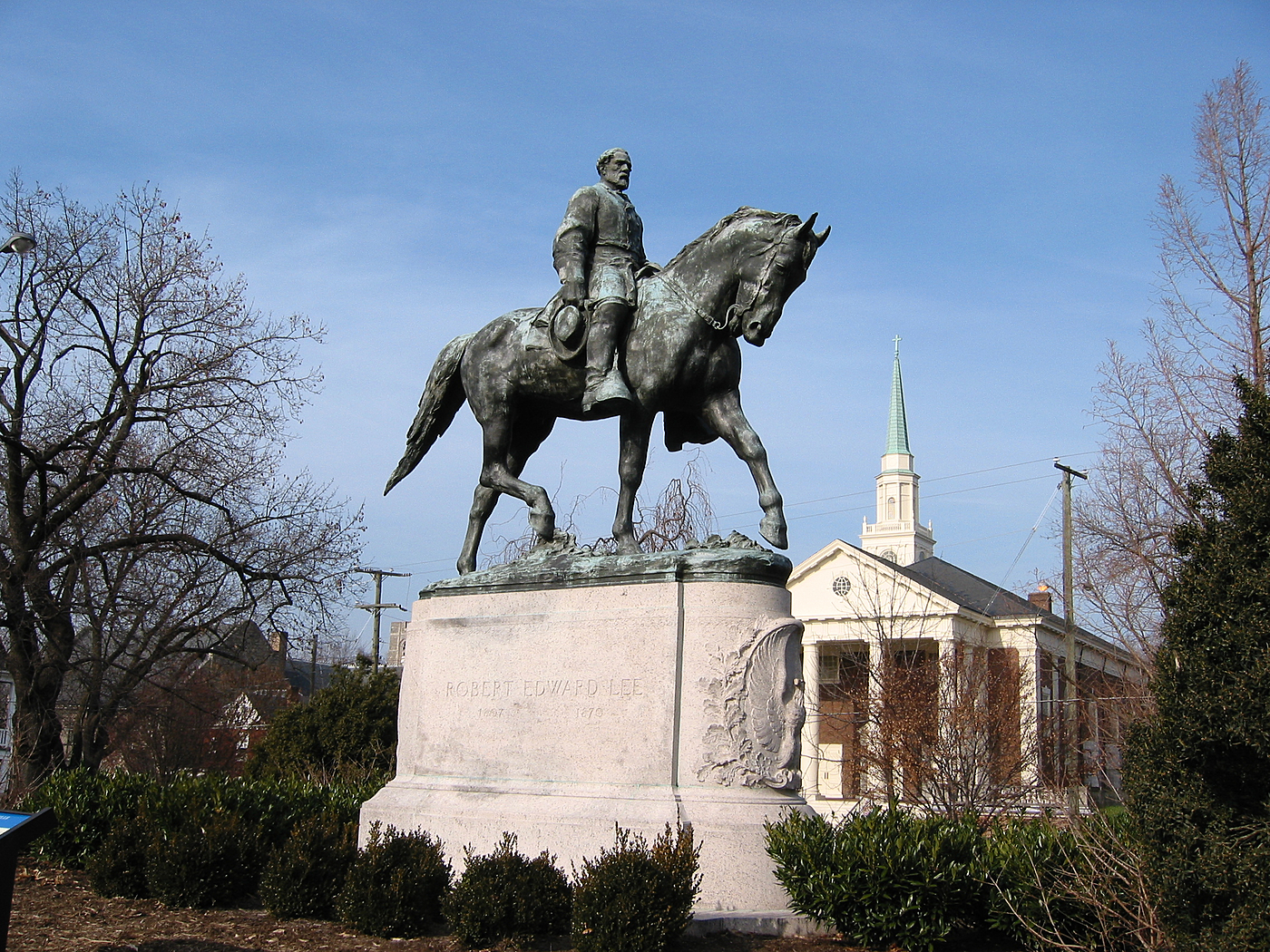 Today we’re bringing Everything bundle readers a timely post from Grace Dobush, who has been writing about urban design for years. Grace is a freelance journalist based in Berlin, and tells us she “loves falling down rabbit holes.” We hope you enjoy this one.

Since the George Floyd protests started, nearly 100 statues and memorials glorifying the Confederacy have been toppled or scheduled for removal. And dozens of statues and busts depicting people who left legacies of slavery and genocide, like Christopher Columbus, are meeting the same fate.

Removing sculptures of racists won’t end racism. But it at least stops normalizing the glorification of people who rose to power through subjugating Black and Indigenous people. Public art conveys a city’s values, not just its history.

But these events have made me wonder: What’s the point of a statue at all?

Where did all these statues come from, anyway?

People in the 19th century were wild about statues. The period between the Civil War and World War I was “the great age of American civic sculpture in bronze,” per Thayer Tolles of The Met, driven by the growth of the U.S. bronze casting industry and drawing on European classicism.

Although the Confederacy existed only from 1861 to 1865, the bulk of the Confederate memorials being torn down today went up between 1900 and 1920, according to the SPLC. The United Daughters of the Confederacy drove the fundraising for many of these monuments, public reminders of white supremacy in an era of Jim Crow laws and segregation. The Robert E. Lee statue in Richmond, Va., which is set to be removed, cost $18,000 when it was cast in 1890 — the equivalent of about half a million of today’s dollars.

Is removing a sculpture “erasing history”?

Living in Berlin, history is everywhere, even though the city looks much different than it did in 1945. After WWII, Germany destroyed all statues, flags, and buildings that glorified the Nazi regime and restored the names of streets named after Adolf Hitler.

Germany didn’t forget its history when it removed Nazi statuary; it chose not to view its history through a Nazi lens.

“The physical destruction of iconography… was no instant antidote to extremist ideology,” Joshua Zeitz wrote in 2017. It took Germany decades of education to finally reckon with the Holocaust, but the process surely would’ve lasted even longer if Nazi statues were still in public squares.

Germany didn’t forget its history when it removed Nazi statuary; it chose not to view its history through a Nazi lens. Learning about the crimes of WWII is a major component of school history classes there, with the message that the Holocaust should never happen again. (But it’s worth noting that Germany is still reckoning with its racism problem.)

Richmond, Va., is finally reckoning with its racist statuary, more than 150 years after the Civil War. “Once we remove the remaining monuments we can officially say we were the former Capital of the Confederacy,” Mayor Levar Stoney said on July 2. “Now we can be the capital for compassion, capital for equity, capital for atonement and reconciliation.”

“If there are those who want to remember the legacy of the Confederacy, if they want monuments, well, then, my body is a monument.”

“If there are those who want to remember the legacy of the Confederacy, if they want monuments, well, then, my body is a monument,” Caroline Randall Williams wrote in the New York Times, noting “I am more than half white, and none of it was consensual.”

Who decides if and when a statue comes down?

Whoever owns the land the sculpture is on — that could be the state, the city, a university. In June, Virginia Gov. Ralph Northam said the massive statue of Robert E. Lee in Richmond should come down after activists demanded the statue’s removal for years. So far a local judge has blocked the removal.

“History is great, but it doesn’t need to lord over us,” says Romi Crawford, a professor at the School of the Art Institute of Chicago. She isn’t necessarily bothered by Confederate statues, but seeing the Stonewall Jackson monument up close made clear that it was meant to intimidate.

“The monuments in Richmond were meant to remind Black people for all intents and purposes to stay out of the city.”

“The monuments in Richmond were meant to remind Black people for all intents and purposes to stay out of the city,” she says. “They portray history as something that we should be intimidated by in the present. The topplings are a way of defying that notion.”

And monuments are also places where people meet and collectivize. The Robert E. Lee memorial in Richmond has been a gathering place for Black Lives Matter protests. 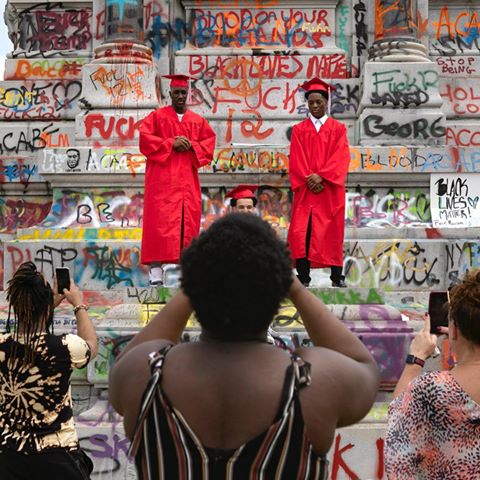 New York City removed a monument to Dr. James Marion Sims from Central Park after decades of public pressure. He was considered the father of modern gynecology when the statue was dedicated in 1894 and installed across from the New York Academy of Medicine in 1934. But Sims made his medical advances by experimenting on enslaved Black women, often operating on them without anesthesia.

A mayoral commission on monuments decided in 2018 to move the statue to Sims’ gravesite in Brooklyn and add plaques to give context. “There is no ambiguity to the monument’s glorification,” they wrote, while recommending the site in Central Park be used to “honor the sacrifice of the women whose bodies were used in the name of medical and scientific advancement.”

What happens after a statue comes down?

The Confederate statues being removed in Richmond are being held in an undisclosed location until the city determines what to do with them, a spokesperson told the Times. A county commissioner in Tennessee who hid several Confederate statues in an attempt to protect them in 2018 reportedly paid $30,000 to store them.

Let’s say the statue of Robert E. Lee and his horse comes down, falls off a truck, and you’ve got 12 tons of bronze. Could you scrap it?

But let’s say the statue of Robert E. Lee and his horse comes down, falls off a truck, and you’ve got 12 tons of bronze. Could you scrap it?

“I’m interested,” an East Coast scrap metal dealer told me. But he would need to see proof of ownership before he handed over the cash. “If you’re driving in with a giant statue and just want the money? No.”

His facility processes hundreds of tons of bronze and brass a month, paying $1.50 to $1.60 a pound for it. The statue of Lee on his horse would fetch about $36,000. He’d then cut the statue down into smaller pieces and sell it to a smelter.

Where do new sculptures come from?

Many U.S. cities and states have percent-for-art initiatives, which allocate 1% of a public construction project’s budget for art. Richmond used that money for a memorial to Black entrepreneur and teacher Maggie Lena Walker. The bronze statue by Toby Mendez, which cost $300,000, was dedicated in 2017.

In New York City, the Art & Antiquities division of the Parks department is responsible for about 800 monuments, most of which were gifted to the city over the past century and a half. Any new sculpture donation must also be approved by the Public Design Commission, a group of 11 experts and laypeople.

The Parks department also considers the cost of upkeep of a memorial in its decision — a bronze statue costs $1,000 to $2,000 per year to maintain. NYC and Richmond both require a waiting period of at least five years for monuments commemorating recent events, and statues are not allowed to depict living people. History always needs a little perspective.

In August, NYC will unveil the Women's Rights Pioneers Monument on the Central Park Mall to commemorate the 100th anniversary of the 19th Amendment, which gave women the right to vote. But the initial design depicted only Elizabeth Cady Stanton and Susan B. Anthony, mirroring the whitewashed history of the suffragist movement. The final design includes abolitionist Sojourner Truth, a pioneer of intersectionality who believed that racism and sexism must be fought simultaneously.

Is there a better option?

“Society and its cultural and ethical mores change and shift. They’re not static, so why should statues be?” Crawford wonders. Adding plaques to give modern context to an old monument helps. “I like the idea of the location being able to hold both the prior history and also the 2020 view that contests it.”

“We don’t mess with the form enough, though,” she says, mentioning Kehinde Wiley's Rumors of War, which uses the language of classic bronze sculptures to depict an African-American youth. (How about we replace the statue of Robert E. Lee with that?)

Monuments could be gardens, light installations, sound installations — it doesn’t always have to be a statue. “Life moves and emerges and evolves, and murals can address that,” Crawford says. “One of the great things about murals is that they don’t last very long. Somehow that’s appropriate. It’s important, because it’s a signpost of change and things moving.”

In Chicago, Crawford thinks a lot about public artwork and the problems of making monuments. The Wall of Respect mural honored 12 Black heroes during a time of urban unrest in Chicago, she says. The mural only existed from 1967 to 1971; today there’s no trace of it. But this seminal work of the Black Arts Movement sparked a nationwide mural trend.

For an upcoming book, Fleeting Monuments for the Wall of Respect, Crawford asked artists, designers, and architects to create “unstatic strategies” to honor the mural. The contributors created tracings, walks, poems — commemorations that “are not heroic, that are not grand, that do not intimidate, that are in a more informal language, that have a shelf life built into them. They don’t need to be toppled.” 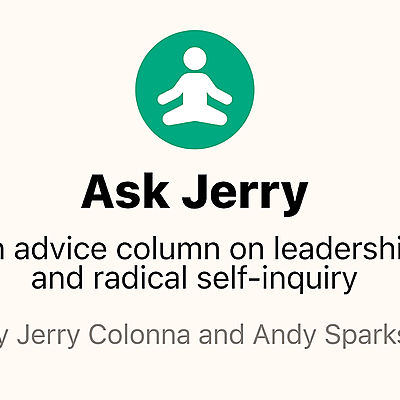 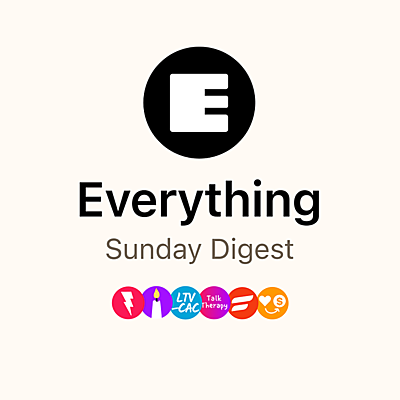 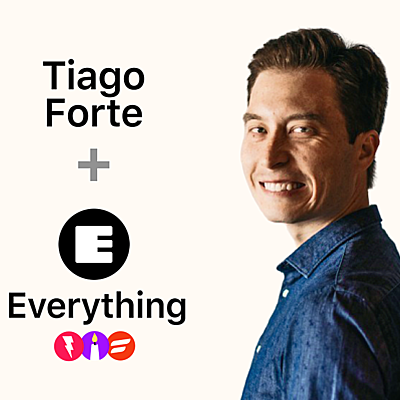 Hello again! Yesterday after I published the Sahil Lavingia interview I received a tweet from my friend Alex: https://twitter.com/CantHardyW

The team talks to John H. Richardson, award-winning journalist for publications including Esquire and GQ — and Rachel’s dad! — about structu