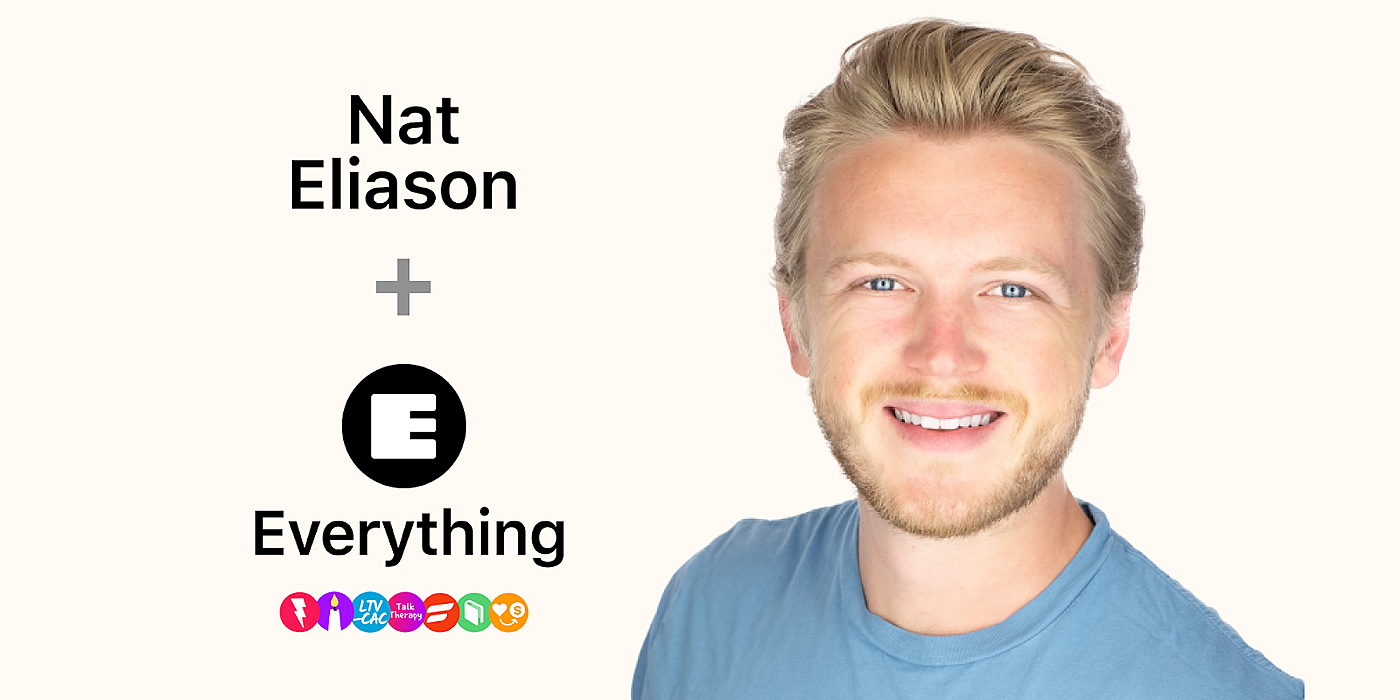 You may know Nat from his Roam course Effortless Output, or from Growth Machine, his marketing agency that does content & SEO work with clients like Brex, Yelp, Adobe, and many more.

His newsletter is called Almanack, and its mission is to explore everything it takes for you to live a life that is healthy, wealthy, and wise. We couldn't be more thrilled to share it with you.

For 24 hours Almanack (and the rest of the bundle) are available for $15 / month — a 25% savings off of our normal price. Click below to subscribe or read on to learn more about Nat and his newsletter.

Almanack is a twice a month paid newsletter where Nat will write feature-length essays exploring how we can be healthier, more effective, and more successful, whatever our goals in life.

The nitty-gritty research behind food trends like Oatly, to uncover the science of what’s good and what’s bad for you.

How he built a system with his personal assistant to only spend 5-10 minutes on email per day.

How you should think about investing your money instead of your time into your business, so that you can free yourself up to spend time on whatever you want.

How to take great book notes in Roam so that you can write and communicate more effectively.

The goal of each issue will be to provide you with some tactical ways to level up your life, in work, health, or finance.

Nat’s goal is that whether you’re someone who just got a new job and wants to excel at it, just had a kid and wants to stay on top of your health, or is running a business and wants to systematize it Almanack has something for you.

Curious? You can explore Almanack here, or:

As a reminder, this is a special offer to commemorate the launch of Almanack, so it only lasts for the next 24 hours!

So who is Nat Eliason?

Nat wears many hats, and you’ve probably seen him in lots of different places across the internet.

First and foremost he’s an entrepreneur. He started his SEO consulting firm Growth Machine in 2017, and has grown it to be one of the top firms in the industry with 15 employees. Nat talks a lot about creating businesses that don’t require all of your time to run them — and unlike most people who talk about this kind of topic, he’s actually done it.

He’s also a Roam aficionado. He was an early adopter of the tool, and he’s the creator of the Roam course Effortless Output. We profiled him on Superorganizers a few months ago, and his knowledge of the tool (and productivity systems in general) is world class.

When we talk about Nat, we could go on forever. He writes a popular free newsletter called the Monday Medley with over 25,000 subscribers. He has a newly popular YouTube channel. He even opened a cafe in Austin with his wife last year.

All this to say, Nat combines the business experience, productivity acumen, and accumulated knowledge to write a newsletter that will help you live a better life and build a better business. And that’s exactly what he’s doing with Almanack.

The Everything bundle is larger than productivity, but productivity is a large part of Everything. Because Superorganizers and Praxis are part of the bundle, we already have a diverse audience of readers who care deeply about productivity tools and systems.

That’s why we’re so excited to welcome Nat into the fold. We want to create the most valuable subscription on the internet for readers who are interested in reading about productivity topics.

Rather than subscribe to three separate subscriptions from Dan, Tiago, and Nat — you now get access to everything these writers publish, all under one roof.

But that’s not the only reason we brought Nat into the bundle.

Why did we want Nat in the bundle?

There are a lot of writers out there that cover how to run a business without spending your time on it, or how to get healthier, or how to be productive.

But unfortunately they usually have no idea what they’re talking about. They tout quick fixes, or simple hacks — but are really just selling schlock.

That’s not Nat. When Nat writes, he’s writing about his own personal experiences in his everyday life and in his businesses. And he’s really good at writing them in a way that helps people get something out of them. Some things might work for you, and some things might not — but you’re guaranteed to learn something new.

He’s the ultimate experimenter, and he’s sharing with you the honest results of all of his tinkering.

Here’s why other bundle members are psyched to have Nat join:

I’m still angry at Nat because his article on Oatly currently holds the record for the most views of any post on Divinations, but I suppose I can forgive him now that we’re officially teammates 😆

Seriously though, Nat is brilliant. His Roam course perhaps single-handedly saved Divinations, because I don’t know how I’d be able to get any writing done if it weren’t for the techniques I learned from him. I couldn’t be more excited to publish alongside him. And, maybe one day, with a bit of luck and a lot of learning from Nat, I can reclaim the title of “most viewed Divinations article. 🤣

Li Jin from Means of Creation

As an investor it’s always a challenge to keep track of companies, trends, and to synthesize all the inbound information I see. I’m excited to learn the tricks of the trade from Nat!

I’ve been impressed with Nat since I interviewed him for Superorganizers. He’s got a nerdy heart but a practical mind. He doesn’t just build systems for their own sake — he builds them to live a better life. It's a rare gift for a writer in the productivity world, and I’m excited to be writing alongside him.

I’ve been reading Nat’s work for almost three years now and can’t wait to have him be a part of the bundle. He has an authentic view on the world that always comes from his own experience -- he’s a writer who experiences things himself. From entrepreneurship to health to productivity to happiness, Nat has a unique perspective on a wide range of topics.

Nat is the Indiana Jones of the self-improvement world, debunking false claims, exploring exotic niches, fighting the forces of ignorance, all to bring back the holy grail: genuinely useful advice on how to make your life better. His newsletter is one of the small handful that I regularly read because it exposes me to such a wide variety of new insights and perspectives. His relentless yet humble search for the practical and the unexpected wherever it can be found is a refreshing breath of fresh air in a world of endlessly recycled cliches. I can’t recommend his thinking enough.

What else is going on in the bundle

We’re working hard to make the bundle as valuable as possible, and we’re launching new things all the time. Here are a few new additions to the bundle in case you missed them:

And these come in addition to what’s already available:

As a reminder, this offer only lasts for the next 24 hours.

Want a preview of the kind of articles you’ll get from Nat? His first post is called, The Mental Model Behind Every High-Performer I Know. Here’s the first half:

During my first college internship, I completely replaced myself with Visual Basic scripts. Let me explain.

I had been working in Excel for the first month of the internship. Basic market analysis stuff for a government consulting firm. I was annoyed by having to do the same things over and over again, and while cell functions were helping, they weren't handling as much of the work as I thought the computer could.

Then I got some advice from another intern doing some programming work for them:

"If you're doing something manually on a computer more than once, there's probably a way to make the computer do it for you."

After I heard that advice, I did more research. I eventually learned about Visual Basic, a programming language built into Excel, and after spending a few weeks piecing together a basic understanding of it I was able to automate away almost all of the work I was doing as an intern.

By the time I left, I had completely replaced myself with Visual Basic scripts.

This was my first exposure to the "Systems Mindset." The idea that when faced with any kind of recurring task or process, there is usually some way to set up a system to handle it for you.

As I tried to embody this mentality, I started to see that many of the most successful people I encountered had mastered this mindset. When they saw something repetitive or defective in their life or business, they would build a system to handle it for them.

Sometimes this manifested in small ways: like using a text expander to type their email in 3 characters instead of 20.

But it more often manifests in big ways: like hiring people or building a business.

Whatever scale it's at, the systems mindset is a key piece of entrepreneurial and professional success, and even if we've adopted it in one area, we may be blind to other parts of our life where we're failing to employ it.

In this article, I'm going to explore what makes the systems mindset so powerful, how we can use it to be more effective in our personal and professional lives, plus some common challenges with using it and how to overcome them.

By the end, you'll have a roadmap for spotting and creating more systems in your life, freeing you up to focus on your most important work.

Why The Systems Mindset is So Powerful

The systems mindset is how you maximize your ROI on time.

What did you think of this article? 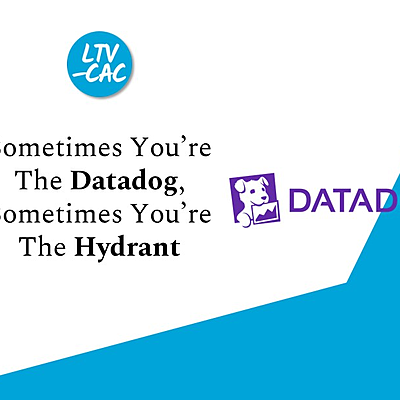